With restless and ungoverned rage 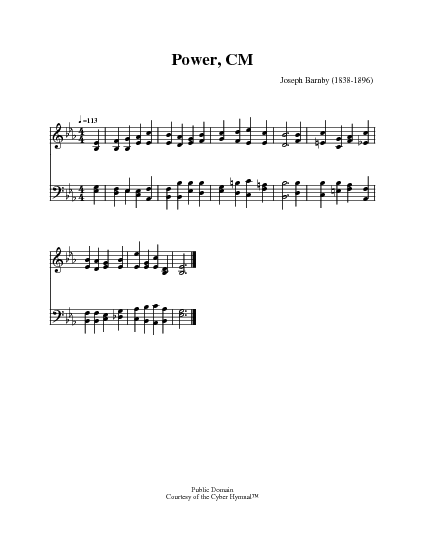 With restless and ungoverned rage

1 With restless and ungovern'd rage,
Why do the Heathen storm?
Why in such rash attempts engage,
As they can ne’er perform?


2 The great in counsel, and in might,
Their various forces bring;
Against the Lord they all unite,
And His anointed king.


3 "Must we submit to their commands?"
Presumptuously they say;
"No, let us break their slavish bands,
"And cast their chains away."


4 But God, who sits enthron'd on high,
And sees how they combine,
Does their conspiring strength defy,
And mocks their vain design.


5 Thick clouds of wrath divine shall break
On his rebellious foes;
And thus will he in thunder speak,
To all that dare oppose.


6 "Though madly you dispute my will,
"The King that I ordain,
"Whose throne is fix'd on Sion’s hill,
"Shall there securely reign."


7 Attend, O earth, whilst I declare
God’s uncontroll'd decree:
"Thou art my Son' this day. my heir
"Have I begotten thee.


8 "Ask and receive thy full demands,
"Thine shall the Heathen be:
"The utmost limits of the lands
"Shall be possess'd by thee.


9 "Thy threat’ning sceptre thou shalt shake,
"And crush them ev'ry where;
"As massy bars of iron break
"The potter’s brittle ware."


10 Learn then, ye princes; and give ear,
Ye judges of the earth:
Worship the Lord with holy fear;
Rejoice with awful mirth.


11 Appease the Son, with due respect
Your timely homage pay;
Lest he revenge the bold neglect,
Incens'd by your delay.


12 If but in part His anger rise,
Who can endure the flame?
Then blest are they whose hope relies
On his most holy name.

Source: The Psalms of David: with hymns and spiritual songs: also, the catechism, confession of faith, and liturgy of the Reformed Church in the Netherlands #2

All tunes published with 'With restless and ungoverned rage'^ top 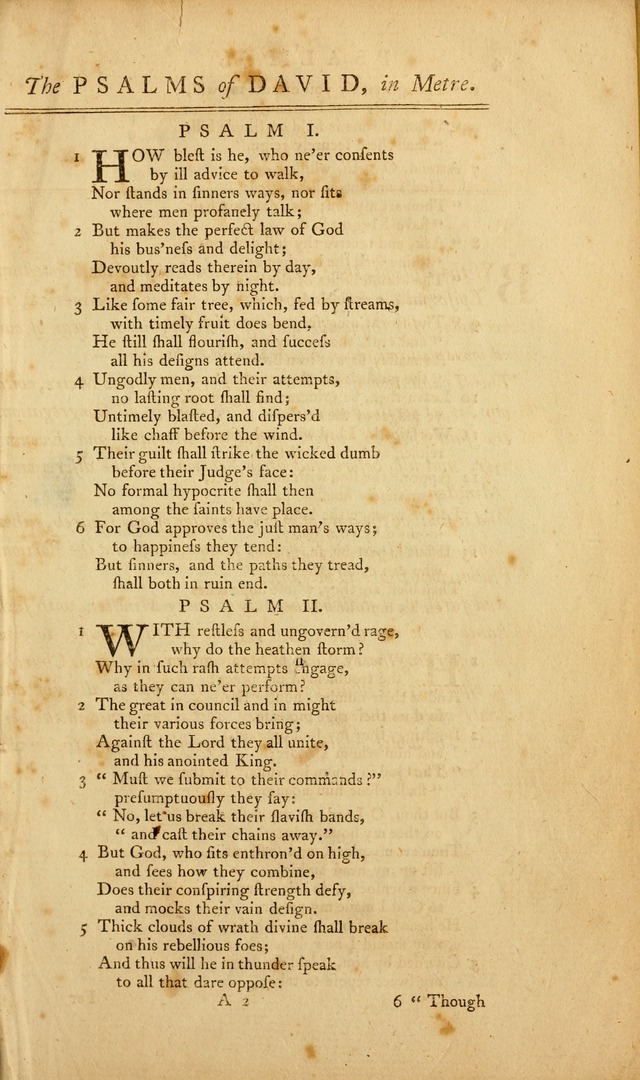 View Page
The Whole Book of Psalms: in metre; with hymns suited to the feasts and fasts of the church, and other occasions of public worship (1793), p.3
^ top