The Guardianship of Angels 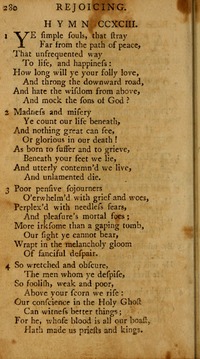 1. Ye simple souls who stray
Far from the path of peace,
That lonely, unfrequented way
To life and happiness,
Why will ye folly love,
And throng the downward road,
And hate the wisdom from above,
And mock the sons of God?


2. Madness and misery
Ye count our life beneath,
And nothing great or good can see
Or glorious in our death.
But thru the Holy Ghost
We witness better things,
For he whose blood is all our boast
Has made us priests and kings.


3. Riches unsearchable
In Jesus’ love we know,
And pleasures springing from the well
Of life our souls o’erflow.
As we seek heav’nly bliss,
Angels our steps attend,
And God himself our Father is,
And Jesus is our Friend.


4. With him we walk in white;
We in his image shine;
Our robes are robes of glorious light,
Our righteousness divine.
On all the kings of earth
With pity we look down
And claim, in virtue of our birth,
A never-fading crown.

Source: Hymns of the Church of Jesus Christ of Latter-day Saints #118

Ye simple souls that stray. C. Wesley (?) [Exhortation.] First published in Hymns for those that Seek and those that Have Redemption, 1747, in 7 stanzas of 8 lines. In 1780 it was given in the Wesleyan Hymn Book, No. 21, with considerable alterations, and the omission of st. iii. The authorship of this hymn has been a matter of dispute for many years, some claiming it for John Wesley on the authority of Mr. Henry Moore, and others for Charles on the word of Dr. Whitehead. The work in which it appeared is known to have been published by the two brothers, and the contents were unsigned. Under these circumstances the difficulty of determining the authorship is great. There is some probability in the suggestion that it was written by Charles, and that the extensive alterations made therein for the Wesleyan Hymn Book, in 1780, were the work of his brother. Original text, Poetical Works, 1868-72, vol. iv. p. 230.
--John Julian, Dictionary of Hymnology (1907)
======================
The research of Randy Maddox (Duke Divinity School, Center for Wesleyan Studies, https://divinity.duke.edu/initiatives/cswt/charles-published-verse) indicates that the 1747 publication was all by Charles Wesley, and that John Wesley made considerable revisions in the 1788 edition.

TRAVELLING TO THE GRAVE

All tunes published with 'The Guardianship of Angels'^ top 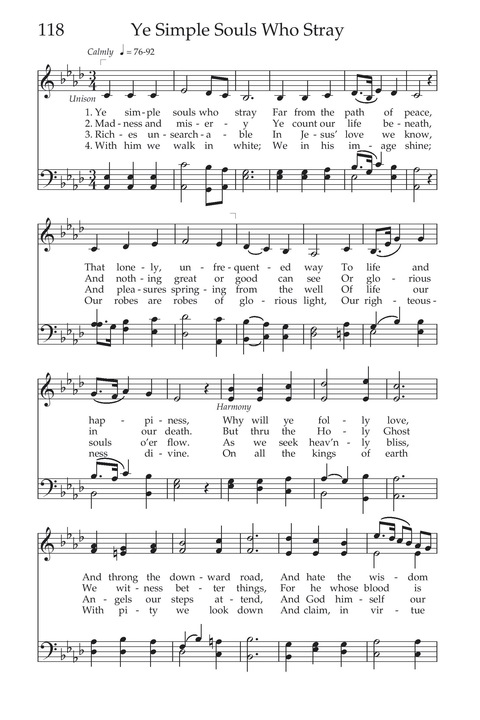