See How Great a Flame Aspires

Sing ye praises to the Father

I Believe in God Almighty

I believe in God Almighty, Father of all things that
be,
Maker of the earth and heavens, Keeper of the sky
and sea.
I believe in God’s Son, Jesus, now for us both Lord
and Christ,
of the Spirit and of Mary born to bring abundant life.

ARFON is originally a six-phrase Welsh folk tune in minor tonality entitled 'Tros y Garreg." Named for a district on the mainland of northern Wales opposite Mon and Anglesey, the tune was published in Edward Jones's Relicks of the Welsh Bards (1784). In the later nineteenth century ARFON was associated in France with the Christmas texts "Un nouveaux present des cieux" and 'Joseph est bien marie."

The tune is a rounded bar form (AABA), set here in major tonality. The harmonization, prepared by Stanley L. Osborne (b. Clarke Township, ON, Canada, 1907) in 1970 was published in the Hymn Book (1971), which was published by two Canadian denominations, the Anglican Church and the United Church. Osborne intended his harmonization first of all for a recorder ensemble and only secondarily for organ or voices. Use a clean, light accompaniment for stanzas 1 and 2 and a broader treatment for stanzas 3 and 4. Sing the middle stanzas in parts. Use trumpet accompaniment for stanza 4.

Osborne's interest in both pastoral work and church music is reflected in his education and career. Educated in music at Victoria University, Toronto, and in theology at Emmanuel College, Toronto, he received a Mus.D. from the University of Toronto in 1945 and a Th.D. from Victoria University in 1954. He was ordained in the United Church of Canada in 1932 and served five pastorates. In 1948 he became principal of the Ontario Ladies College (now Trafalgar Castle School), Whitby, Ontario, and in 1968, the full-time secretary of the committee that prepared the Hymn Book (1971). Osborne also published a handbook to that hymnal, If Such Holy Song (1976), which is characterized not only by solid scholarship but also by the expression of strong personal opinions. In 1986 he was appointed a Fellow of the Hymn Society in the United States and Canada. 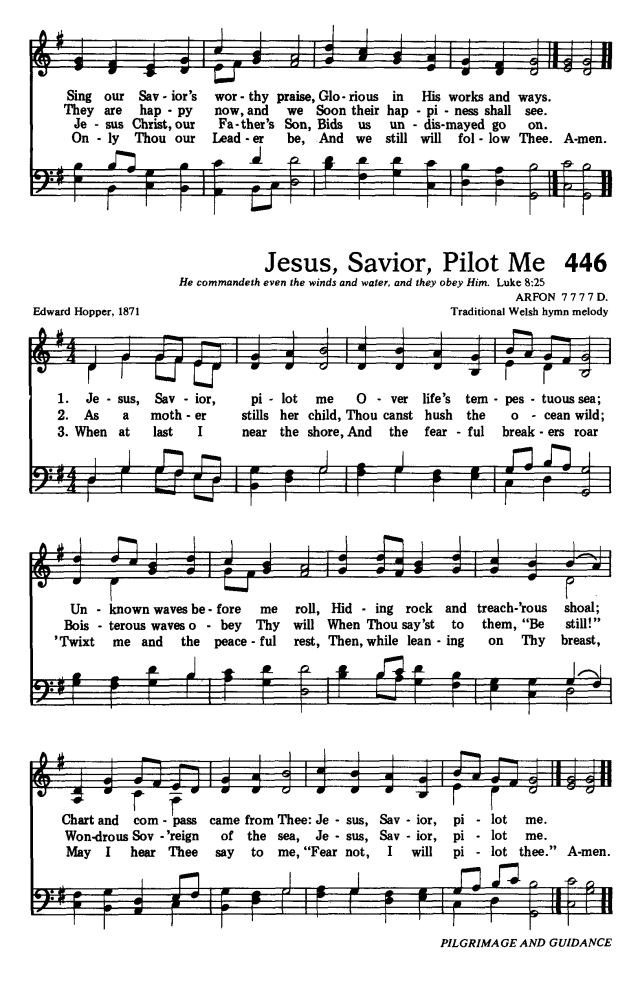