Join All the Glorious Names

Lord of Our Growing Years

James Vernon Lee (b. Hove, Sussex, England, 1892; d. Southampton, England, 1959) originally composed EASTVIEW for the text "Rejoice, the Lord Is King" for his mother's eightieth birthday. Lee was an officer in the Brighton Battalion of the Boys' Brigade from 1910 to 1914. After service in the British armed forces during World War I he was the bursar at Caterham College (1919-1939). He also worked as a professional magician, earning the Gold Star of the Magic Circle in 1940. Lee served as organist in several churches and composed a number of hymn tunes as well as Masonic graces.

The British hymnal Congregational Praise first published EASTVIEW in 1951. Sing it in three long phrases, and use solid organ accompaniment. 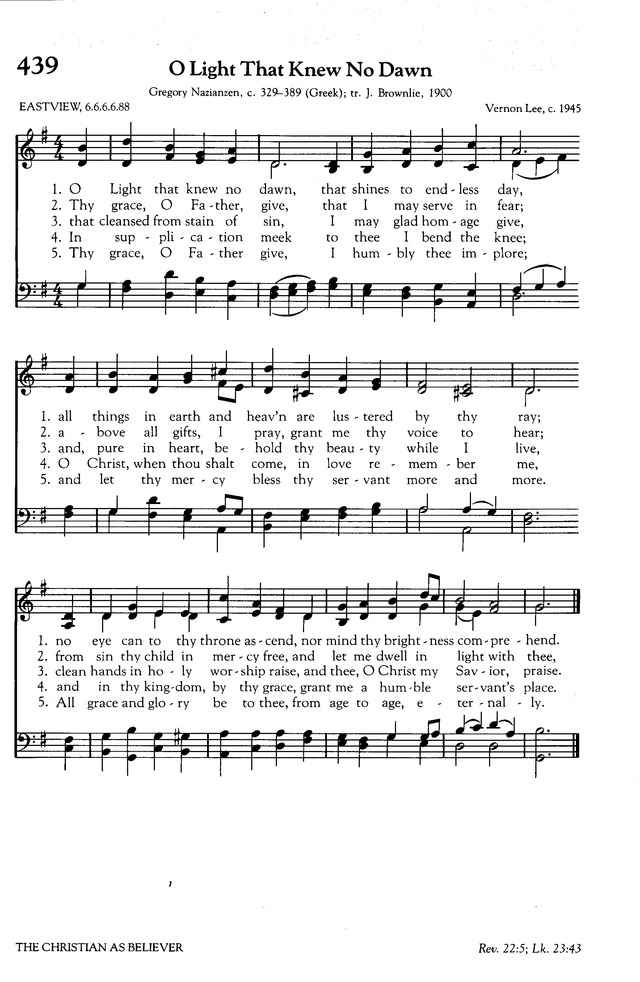