Henry David Leslie, English composer and conductor, born in London; studied music in London; In 1855 formed the celebrated Henry Leslie's choir, which he conducted until 1880, and again, 1885-87. He conducted the Herefordshire Philharmonic Society, 1863, and, 1874, was director and conductor of the Guild of Amateur Musicians. His compositions are numerous, including a Te Deum and Jubilate in B; "Immanuel," oratorio; "Bold Dick Turpin,: operetta; "Judith," oratorio; "Ida," opera; much instrumental music, many songs, part songs, anthems, and other church music. From Appleton's New Practical Cyclopedia (Vol IV), New York: D. Appleton and Company, 1920 Go to person page >
^ top

Who Is This, So Weak and Helpless 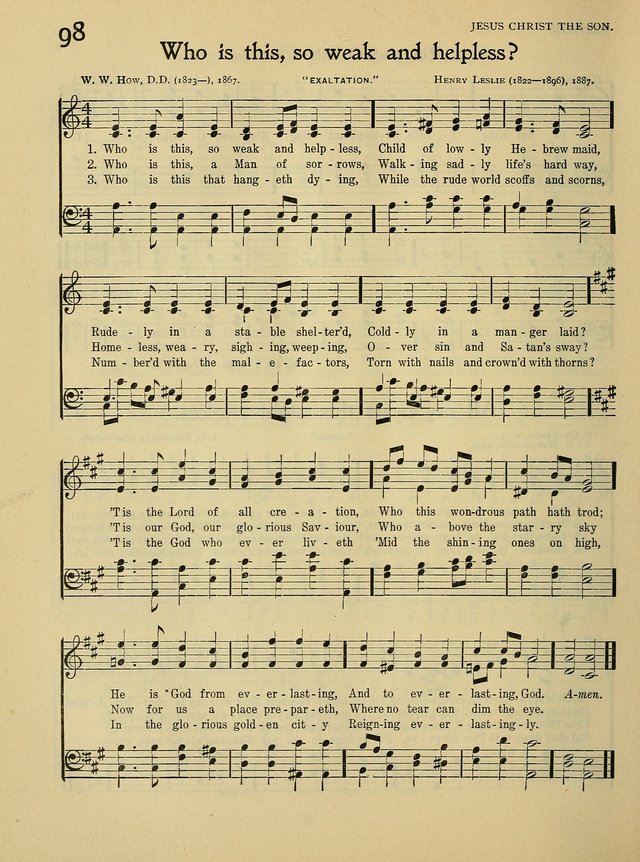 In Excelsis for School and Chapel #98