Sing to the Lord a joyful song, Lift up your hearts, your voices raise

Each stanza moves toward a rhythmically intense but inconclusive ending, propelling the singer on to the next stanza. The final ending is reserved for the "Amen," which appropriately concludes this sung prayer. Sing boldly in unison (the usual practice for the boys at Harrow School) with strong organ or piano accompaniment.

Buck studied at the Guildhall School of Music, the Royal College of Music, and Worcester College, Oxford, England, where he received his doctorate. An organist at Worcester College and at Wells and Bristol Cathedrals, he served as director of music at Harrow School from 1901-1927, taught at Dublin University, and then taught at the University of London until his retirement in 1937. He was also knighted that year. Buck wrote pedagogical books on the history and theory of music, on acoustics, and on the psychology of music. A composer of chamber music, anthems, and hymn tunes, he also edited The English Psalter (1925), The Oxford Song Book (1929), and The Oxford Nursery Song Book (1934).

Text: Sing to the Lord a Joyful Song
^ top 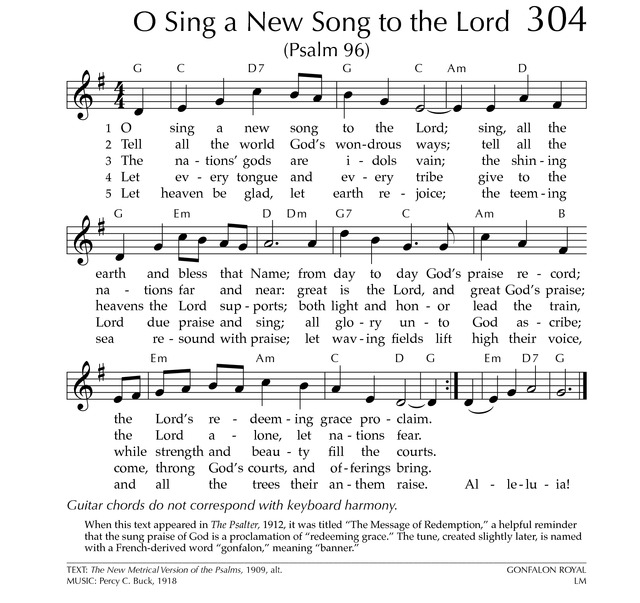 Ancient and Modern #166b

Hymns and Psalms #17a

The New English Hymnal #128b