[Hark, from the mansions of glory the song]

[Hark, from the mansions of glory the song]

Samuel Alman was born February 6, 1844 in Wales. He enlisted in the United States Navy in 1854 as an apprentice and served until 1868. He was at the Washington Navy Yard when Lincoln was shot and was one of the few men who knew of the final disposition of J. Wilkes Booth's body, but he was sworn to secrecy. At one time he was commander-in-chief of the National Association of Naval Veterans, holding the title of Admiral. He was also chaplain of the G.A.R. and the Farragut Association of Naval Veterans. After two years of service with the United States Government, he resigned and became an evangelist, taking charge of the mission that later became Emmanuel Baptist Church in Manhattan. He was ordained in the Fifth Avenue Baptist Church in 1871… Go to person page >
^ top

Worthy the Lamb that was Slain

All texts published with [Hark, from the mansions of glory the song]^ top 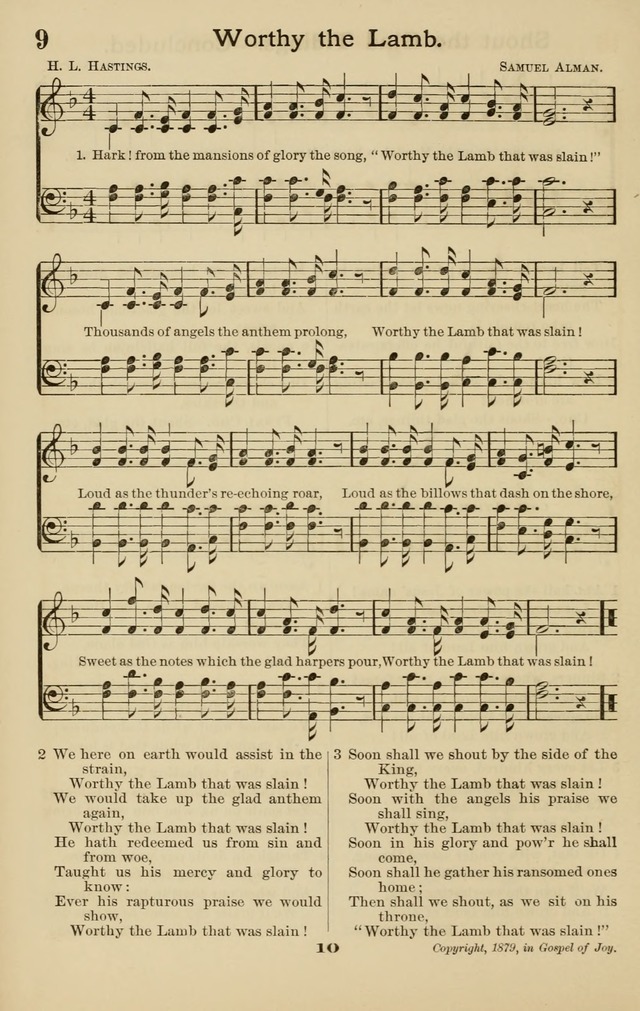 View Page
Westminster Sabbath School Hymnal, a collection of hymns and tunes for use in sabbath-schools and social meetings (1883), p.11
^ top

Westminster Sabbath School Hymnal, a collection of hymns and tunes for use in sabbath-schools and social meetings #9