Richard Redhead (b. Harrow, Middlesex, England, 1820; d. Hellingley, Sussex, England, 1901) was a chorister at Magdalen College, Oxford. At age nineteen he was invited to become organist at Margaret Chapel (later All Saints Church), London. Greatly influencing the musical tradition of the church, he remained in that position for twenty-five years as organist and an excellent trainer of the boys' choirs. Redhead and the church's rector, Frederick Oakeley, were strongly committed to the Oxford Movement, which favored the introduction of Roman elements into Anglican worship. Together they produced the first Anglican plainsong psalter, Laudes Diurnae (1843). Redhead spent the latter part of his career as organist at St. Mary Magdalene Church in… Go to person page >
^ top

Holy offerings, rich and rare,
Offerings of praise and prayer,
Purer life and purpose high,
Clasped hands, uplifted eye,
Lowly acts of adoration
To the God of our salvation;
On His altar laid, we leave them:
Christ, present them! God, receive them! 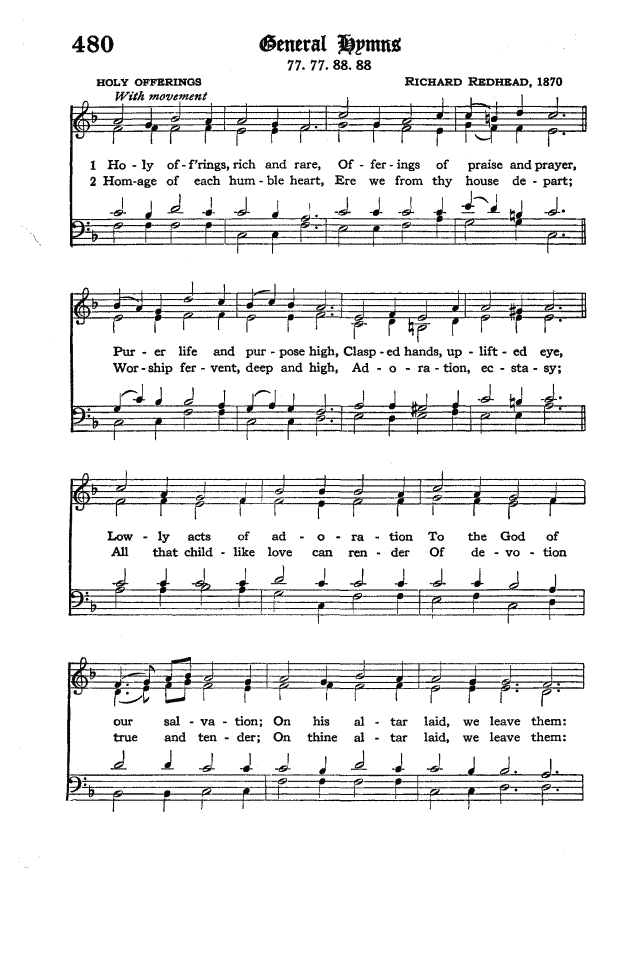