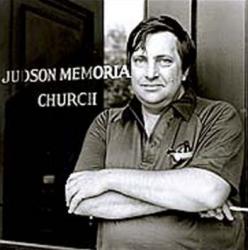 Reverend Alvin Allison "Al" Carmines, Jr. (July 25, 1936 – August 9, 2005) was a key figure in the expansion of Off-Off-Broadway theatre in the 1960s. Carmines was born in Hampton, Virginia. Although his musical talent appeared early, he decided to enter the ministry, attending Swarthmore College, majoring in English and philosophy, and then Union Theological Seminary in the City of New York, earning a bachelor of divinity in 1961 and a master of sacred theology in 1963. Carmines was hired by Howard Moody as an assistant minister at Judson Memorial Church on Washington Square Park, New York, to found a theater in the sanctuary of the Greenwich Village church in conjunction with playwright Robert Nichols. He began composing in 1962 a… Go to person page >
^ top

Many Gifts, One Spirit

God of change and glory, God of time and space,
when we fear the future, give to us your grace.
In the midst of changing ways give us still the grace to praise.

All texts published with KATHERINE^ top