Alfred Morton Smith (1879-1971) was born in Jenkintown, Pennsylvania, and studied at the University of Pennsylvania (B.S. 1901) and Philadelphia Divinity School (B.D. 1905; S.T.B. 1911). An Episcopalian, Smith was ordained a deacon (1905) and a priest (1906). After a short time in Philadelphia and Long Beach, California, he served at St. Matthias Church, Los Angeles, for ten years. He was a chaplain in the U.S. Army during World War I, returning to Philadelphia in 1919, where he spent the remainder of his career. He retired in 1955. In 1963, Smith moved to Drium Moir, Chestnut Hill, Pennsylvania, and in 1968 to Brigantine, New Jersey, where he remained until his death. --The Presbyterian Hymnal Companion, 1993  Go to person page >
^ top

All texts published with LABOR^ top 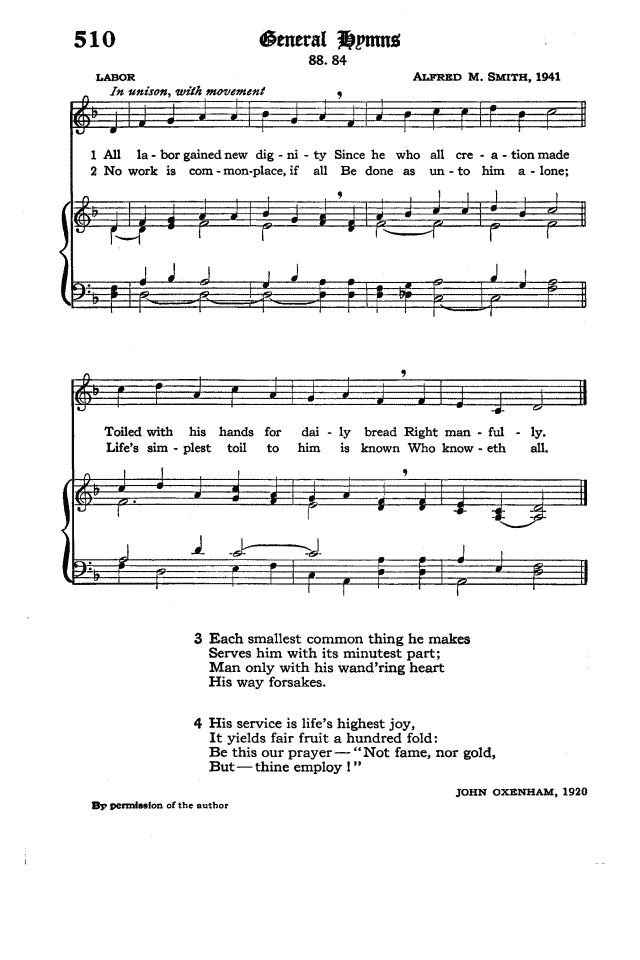