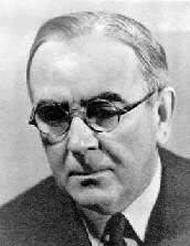 John Ireland (1879-1962) studied at Durham University in England and became a church organist, choirmaster, editor, and lecturer, eventually teaching at the Royal College of Church Music. He was a gifted composer of music for voice, piano, organ, chamber music, and orchestra that were recognized for their excellence during his lifetime; LOVE UNKNOWN was his only hymn tune, found today in numerous hymnals. Emily Brink  Go to person page >
^ top

My Song Is Love Unknown

John Ireland (b. Bowdon, Cheshire, England, 1879; d. Rock Mill, Washington, Sussex, England, 1962) composed LOVE UNKNOWN in 1918 for the text "My song is love unknown"; the tune was first published in The Public School Hymn Book of 1919. A letter in the London Daily Telegraph of April 5, 1950, claims that Ireland wrote LOVE UNKNOWN within fifteen minutes on a scrap of paper upon receiving the request to compose it from Geoffrey Shaw, one of the editors of that 1919 hymnal. LOVE UNKNOWN has since appeared in many hymnals as a setting for a number of different texts.

Trained at the Royal College of Music, Ireland served as organist at St. Luke's, Chelsea (1904-1926), and taught at the Royal College of Music from 1923 to 1939. He became known as one of the best composers and teachers of his era, but his personal life was often troubled. Although his piano works, chamber music, and smaller orchestral works remain popular, Ireland is mainly remembered for his song cycles of poetry by Shakespeare, Blake, Hardy, and other English poets. His songs often have carefully wrought accompaniments–as is certainly the case for LOVE UNKNOWN. Sing this fine tune in unison with firm legato organ support, or in harmony, possibly even unaccompanied on a stanza, if resources permit. 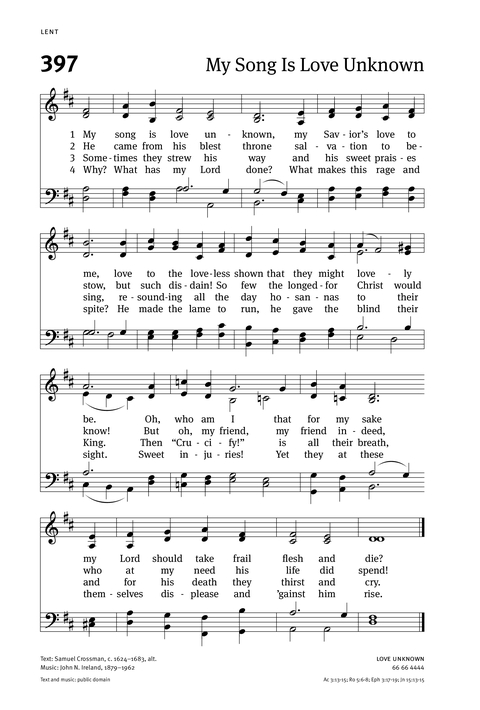 A New Hymnal for Colleges and Schools #31

The Irish Presbyterian Hymbook #618b