Thomas Commuck, a Narragansett Indian, was born January 18, 1804 at Charlestown, Rhode Island. His father died while he was a child. At the time of Commuck’s birth, the Narragansetts had, by and large, converted to Christianity and adopted English as their language. English was Commuck’s native language, and he only learned six words of the Narragansett tongue. In 1825 Commuck moved to Brothertown, New York. The remainder of his life was spent with the Brothertown Indians. In 1831 Commuck moved to Wisconsin along with other Brothertown people who were relocating there. In 1845 Commuck’s tunebook, Indian Melodies Go to person page >
^ top

All texts published with MUNSEE^ top 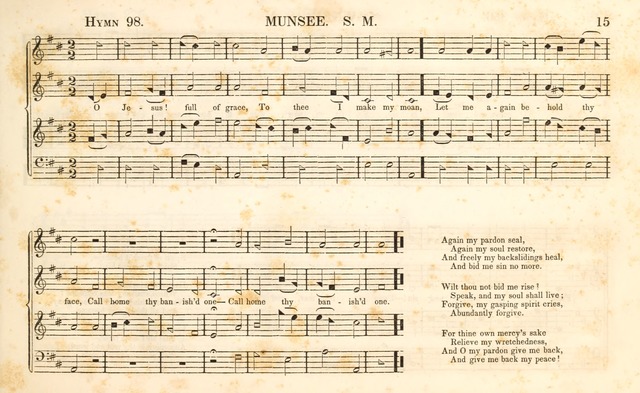 A Selection of Plain Tunes, Set Pieces, and Anthems from Indian Melodies #19