Born: January 27, 1841, Bristol, Gloucester, England. Died: August 30, 1909, Hayward’s Heath, Sussex, England. Cremated: Golders Green, London, England. Jordan began his musical career as a chorister, first at Bristol Cathedral and later at St. Paul’s Cathedral. He was educated at Oxford (BMus 1869), and received the Lambeth degree of Doctor of Music in 1886. A champion of plainsong, he was an honorary organist of the London Gregorian Association, where he took a prominent part in the annual festivals at St. Paul’s Cathedral. He was a professor of organ and harmony at the Guildhall School of Music, and an honorary fellow, examiner and treasurer of the Royal College of Organists. Jordan held organist positions at St. Paul’… Go to person page >
^ top

Why dost Thou stand afar,
O Lord,in our distress?
And why dost Thou conceal Thyself
When troublous times oppress?

Our Heavenly Father! hear
The prayer we offer now;
Thy name be hallow'd far and near,
To Thee all nations bow:
Thy kingdom come; Thy will
On earth be done in love,
As saints and seraphim fulfil
Thy perfect law above. 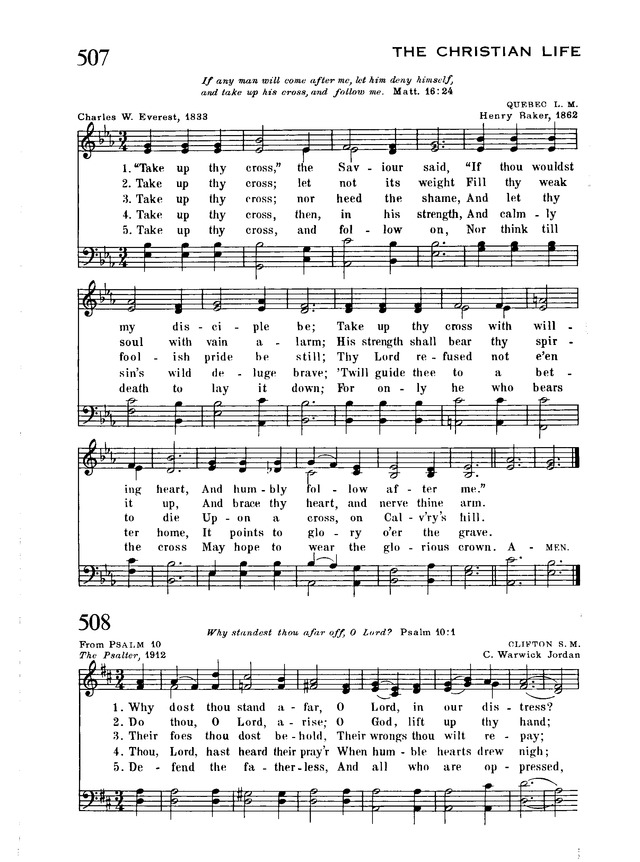