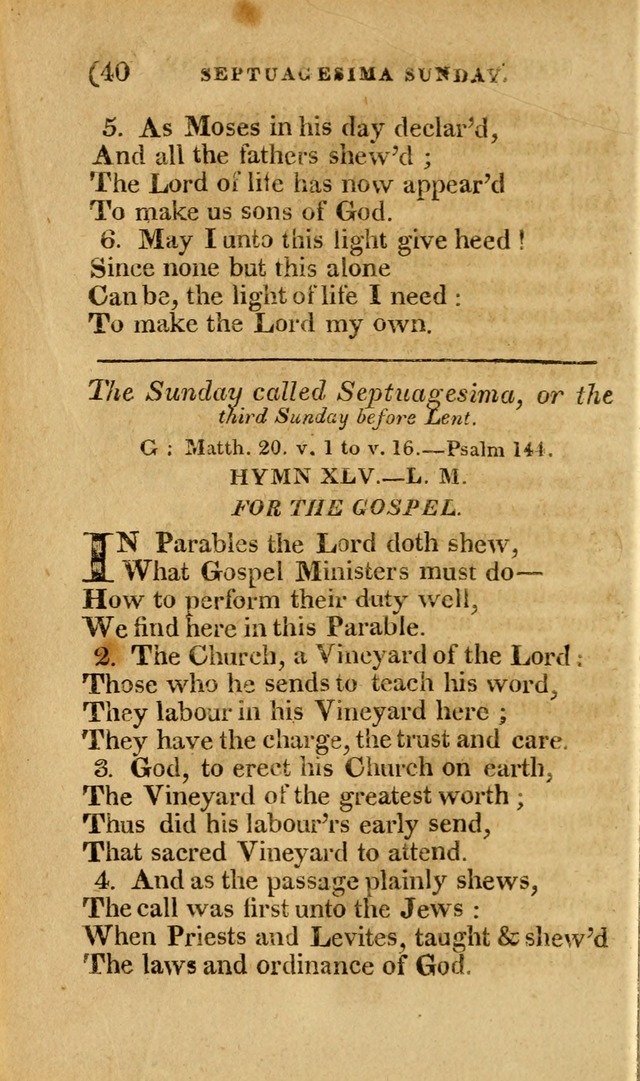 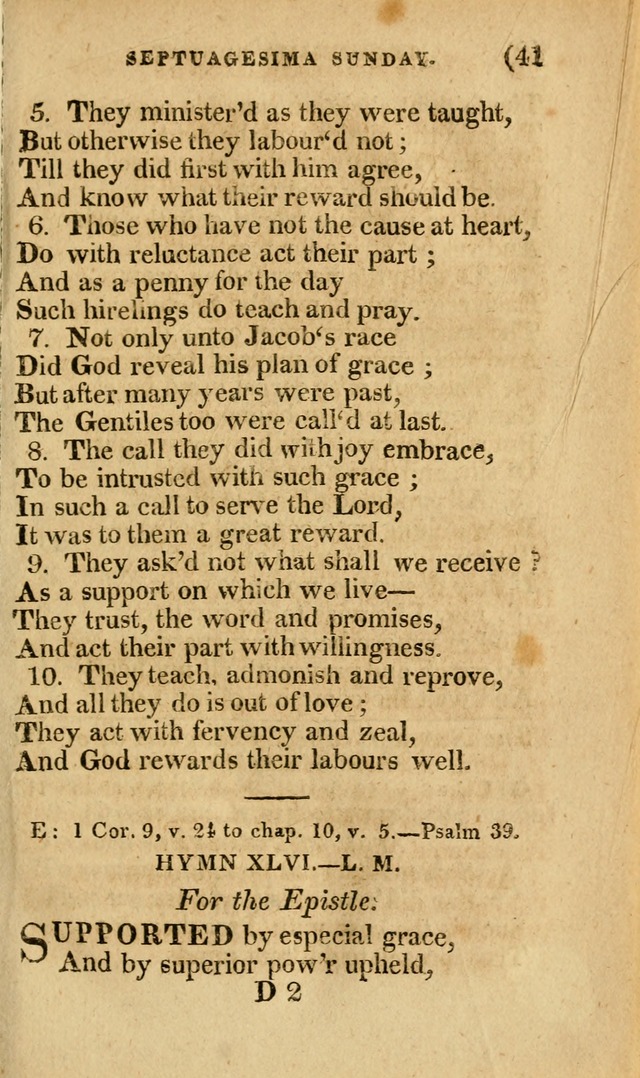 1 In Parables the Lord doth shew,
What Gospel Ministers must do--
How to perform their duty well,
We find here in this Parable.


2 The Church, a Vineyard of the Lord:
Those who he sends to teach his word,
They labour in his Vineyard here;
They have the charge, the trust and care.


3 God, to erect his Church on earth,
The vineyard of the greatest worth;
Thus did his labour'rs early send,
That sacred Vineyard to attend.


4 And as the passage plainly shews,
The call was first unto the Jews:
When Priests and Levites, taught & shew'd
The laws and ordinance of God.


5 They minister'd as they were taught,
But otherwise they labour'd not;
Till they did first with him agree,
And know what their reward should be.


6 Those who have not the cause at heart,
Do with reluctance act their part;
And as a penny for the day
Such hirelings do teach and pray.


7 Not only unto Jacob's race
Did God reveal his plan of grace;
But after many years were past,
The Gentiles too were call'd at last.


8 The call they did with joy embrace,
To be intrusted with such grace;
In such a call to serve the Lord,
It was to them a great reward.


9 They ask'd not what shall we receive?
As a support on which we live--
They trust, the word and promises,
And act their part with willingness.


10 They teach, admonish and reprove,
And all they do is out of love;
They act with fervency and zeal,
And God rewards their labours well.