This text is filled with exuberant joy and eschatological hope. This song revels in the promise of paradise – eternal communion with the King – where there will be no more hurting or crying or dying.

Heidelberg Catechism, Lord’s Day 19, Question and Answer 52 professes that “in all distress and persecution, with uplifted head, I confidently await the very judge who has already offered himself to the judgment of God in my place and removed the whole curse from me. Christ will cast all his enemies and mine into everlasting condemnation, but will take me and all his chosen ones to himself into the joy and glory of heaven.”

Our World Belongs to God, paragraph 57 describes what believers can expect to experience: “…We will see our Savior face to face…he will set all things right…we face that day without fear for the Judge is our Savior whose shed blood declares us righteous. We live confidently, anticipating his coming...”

This piece by Andraé Crouch is among the finest of the more recent Black gospel hymns. Slightly syncopated and with much textual repetition, this Advent or second coming hymn helps us confess the joys of the coming great day of the King, with “no more crying, no more dying-Alleluia!”
— Bert Polman

Andraé Crouch (b. Los Angeles, CA, 1945; d. Los Angeles, 2015) was a leader in contemporary gospel music. He began performing as a teen in his church, directed a choir at a Teen Challenge drug rehabilitation center, and then formed a singing group for the Church of God in Christ denomination. As a singer he toured with his "Disciples" ensemble throughout the world for twenty-five years; his recordings have won Grammy and Dove awards. He wrote more than three hundred gospel songs, many of which have become standards in gospel music. He also wrote an autobiography, Through It All: A Biography (1974).
The African American gospel style began in the 1920s with Thomas Dorsey. Along with Edwin Hawkins, Jessye Dixon, James Cleveland, Dannibelle, and Curtis Burrell (to name a few), Crouch represents a more recent generation of such gospel musicians.
— Bert Polman 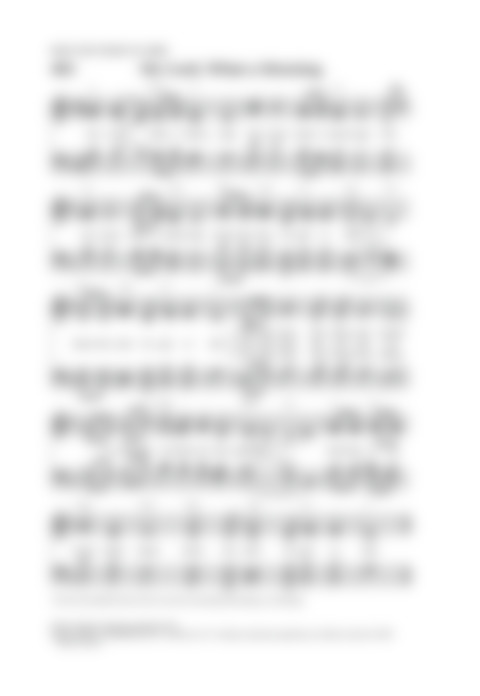