Psalm 93 may be the primary reference, as is Psalm 47, but the confession of hope for the kingdom of God on earth is found throughout the section of Psalms 94-100.

The Lord reigns, he is robed in majesty;
the Lord is robed in majesty
and armed with strength;
indeed, the world is established,
firm and secure.
Your throne was established long ago;
you are from all eternity.
Your statutes, Lord, stand firm;
holiness adorns your house
for endless days.
—Psalm 93:1-2, 5, NIV
— Worship Sourcebook Edition Two

God of all time and all glory: Father, Son, and Spirit,
inspire our praise,
perfect our praise,
receive our praise,
now and forever. Amen.
— Psalms for All Seasons (http://www.psalmsforallseasons.org)
546

Psalm 93 is the most succinct of the cluster of Psalms 92-100, all of which share the theme of the kingship of the LORD. This psalm was to be sung by the Levites in the liturgy of a high religious festival (perhaps the Feast of Tabernacles) celebrating the LORD's kingship over the whole world. Because God has founded all creation, no chaotic power (such as the raging seas) can threaten or undo it. Even God's moral order stands firm. In the post­exilic liturgy of the temple, this psalm was sung at the time of the morning sacrifice on the sixth day of the week; Christians sing it to honor the reign of Christ.
The tune SALZBURG, named after the Austrian city made famous by Wolfgang Amadeus Mozart, was first published anonymously in the nineteenth edition of Praxis Pietatis Melica (1678); in that hymnbook's twenty-fourth edition (1690) the tune was attributed to Jakob Hintze.
The harmonization by Johann S. Bach is simplified from his setting in his Choralgesänge (Rejoice in the Lord and The Hymnal 1982 both contain Bach's full harmonization). The tune is a rounded bar form (AABA) easily sung in harmony. But sing the refrain line in unison with full organ registration.
— Bert Polman

Partly as a result of the Thirty Years' War and partly to further his musical education, Jakob Hintze (b. Bernau, Germany, 1622; d. Berlin, Germany, 1702) traveled widely as a youth, including trips to Sweden and Lithuania. In 1659 he settled in Berlin, where he served as court musician to the Elector of Brandenburg from 1666 to 1695. Hintze is known mainly for his editing of the later editions of Johann Crüger's Praxis Pietatis Melica, to which he contributed some sixty-five of his original tunes.
— Bert Polman
Johann Sebastian Bach (b. Eisenach, Germany, 1685; d. Leipzig, Germany, 1750) came from a family of musicians. He learned to play violin, organ, and harpsichord from his father and his older brother, Johann Christoph. Bach's early career developed in Arnstadt and Muhlhausen, particularly at the court of Duke Wilhelm Ernst in Weimar. During this period he composed cantatas and most of his large organ works. In 1717 Bach became director of music for Prince Leopold in Anhalt-Cathen, for whom he composed much of his instrumental music-orchestral suites and concertos as well as The Well-Tempered Clavier. In 1723 he was appointed cantor of the Thomas Schule at Leipzig and director at St. Thomas and St. Nicholas churches and at the University of Leipzig. During that time he wrote his large choral works, 165 cantatas, and more compositions for organ and harpsichord. Although Bach's contribution to church music was immense and his stature as the finest composer of the Baroque era unparal­leled, he composed no hymn tunes for congregational use. He did, however, harmo­nize many German chorales, which he used extensively in his cantatas, oratorios, and organ works. These harmonizations were published posthumously by his son Carl Phillip Emmanuel as 371 Vierstimmige Choralgesiinge.
— Bert Polman 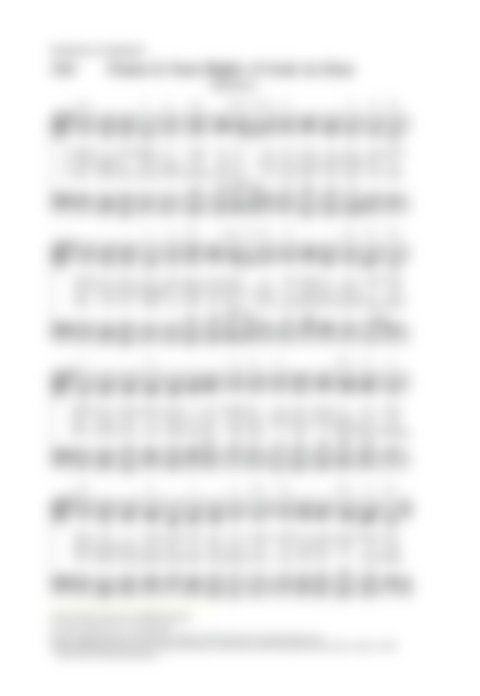