Text: Through this jubilant, partly autobiographical text Wesley exalts his Redeemer and Lord. With its many biblical allusions it has become a great favorite of many Christians.

The best-loved expressions of praise for God’s care-taking work of his children comes from the familiar words of Heidelberg Catechism, Lord’s Day 1, Question and Answer 1: “My only comfort in life and death [is] that I am not my own, but belong—body and soul, in life and in death—to my faithful Savior, Jesus Christ. He has fully paid for all my sins with his precious blood, and has set me free from the tyranny of the devil...Because I belong to him, Christ by his Holy Spirit, assures me of eternal life and makes we wholeheartedly willing and ready from now on to live for him.”

This great truth is explained more completely by Belgic Confession, Article 20. God has given his Son to die for us “…by a most perfect love, and raising him to life for our justification, in order that by him, we might have immortality and eternal life.” And in Article 21, “…He endured all this for the forgiveness of our sins.” For this redemptive work we give praise and adoration.

In 1739, for the first anniversary of his conversion, Charles Wesley wrote an eighteen-stanza text beginning "Glory to God, and praise and love." It was published in Hymns and Sacred Poems (1740), a hymnal compiled by Wesley and his brother John. The familiar hymn "Oh, for a Thousand Tongues to Sing" comes from stanzas 1 and 7-13 of this longer text (this pattern already occurs in Richard Conyers's Collection of Psalms and Hymns 1772). Stanza 8 is the doxology stanza that began the original hymn. Wesley acquired the title phrase of this text from Peter Böhler, a Moravian, who said to Wesley, "If I had a thousand tongues, I would praise Christ with them all" (Böhler was actually quoting from Johann Mentzner's German hymn "O dass ich tausend Zungen hätte").
Through this jubilant, partly autobiographical text Wesley exalts his Redeemer and Lord. With its many biblical allusions it has become a great favorite of many Christians.
Lowell Mason adapted AZMON from a melody composed by Carl G. Gläser in 1828. Mason published a duple-meter version in his Modern Psalmist (1839) but changed it to triple meter in his later publications. Mason used (often obscure) biblical names for his tune titles; Azmon, a city south of Canaan, appears in Numbers 34:4-5.
AZMON is the preferred tune for this text in the United States. The British often use RlCHMOND, which offers a descant, or LYNGHAM, a fuguing tune. Either of these would make fine alternate tunes.
This great hymn of praise and rejoicing calls for exuberant singing and strong, full accompaniment. Assign some stanzas to antiphonal groups singing in harmony; reserve the final stanza for unison with descant.
— Bert Polman

Several members of the Wesley family are significant figures in the history of English hymnody, and none more so than Charles Wesley (b. Epworth, Lincolnshire, England, 1707; d. Marylebone, London, England, 1788). Charles was the eighteenth child of Samuel and Susanna Wesley, who educated him when he was young. After attending Westminster School, he studied at Christ Church College, Oxford. It was there that he and George Whitefield formed the Oxford "Holy Club," which Wesley's brother John soon joined. Their purpose was to study the Bible in a disciplined manner, to improve Christian worship and the celebration of the Lord's Supper, and to help the needy. Because of their methods for observing the Christian life, they earned the name “Methodists.”
Charles Wesley was ordained a minister in the Church of England in 1735 but found spiritual conditions in the church deplorable. Charles and John served briefly as missionaries to the British colony in Georgia. Enroute they came upon a group of Moravian missionaries, whose spirituality impressed the Wesleys. They returned to England, and, strongly influenced by the ministry of the Moravians, both Charles and John had conversion experiences in 1738. The brothers began preaching at revival meetings, often outdoors. These meetings were pivotal in the mid-eighteenth-century "Great Awakening" in England.
Though neither Charles nor John Wesley ever left the Church of England them­selves, they are the founders of Methodism. Charles wrote some sixty-five hundred hymns, which were published in sixty-four volumes during his lifetime; these include Collection of Psalms and Hymns (1741), Hymns on the Lord's Supper ( 1 745), Hymns and Spiritual Songs (1753), and Collection of Hymns for the Use of the People called Methodists (1780). Charles's hymns are famous for their frequent quotations and allusions from the Bible, for their creedal orthodoxy and their subjective expression of Christian living, and for their use of some forty-five different meters, which inspired new hymn tunes in England. Numerous hymn texts by Wesley are standard entries in most modern hymnals; fourteen are included in the Psalter Hymnal, 1987.
Charles's elder brother John also studied at Christ Church College, Oxford, and was ordained a priest in the Church of England in 1728. A tutor at Lincoln College in Oxford from 1729 to 1735, Wesley became the leader of the Oxford "Holy Club" mentioned above. After his contact with the Moravian missionaries, Wesley began translating Moravian hymns from German and published his first hymnal, Collection of Psalms and Hymns, in Charleston, South Carolina (1737); this hymnal was the first English hymnal ever published for use in worship. Upon his return to England in 1738 Wesley "felt his heart strangely warmed" at a meeting on Aldersgate Street, London, when Peter Bohler, a Moravian, read from Martin Luther's preface to his commentary on the epistle to the Romans. It was at that meeting that John received the assurance that Christ had truly taken away his sins. That conversion experience (followed a few days later by a similar experience by his brother Charles) led to his becoming the great itinerant evangelist and administrator of the Methodist "societies," which would eventually become the Methodist Church. An Anglican all his life, John Wesley wished to reform the Church of England and regretted the need to found a new denomina­tion. Most of the hymnals he prepared with his brother Charles were intended for Christians in all denominations; their Collection of Hymns for the Use of the People called Methodists (1780) is one of the few specifically so designated. John was not only a great preacher and organizer, he was also a prolific author, editor, and translator. He translat­ed many classic texts, wrote grammars and dictionaries, and edited the works of John Bunyan and Richard Baxter. In hymnody he is best known for his translation of selec­tions from the German hymnals of Johann Cruger ('Jesus, thy boundless love to me"), Freylinghausen, and von Zinzendorf ('Jesus, thy blood and righteousness"), and for his famous "Directions for Singing," which are still printed in Methodist hymnals. Most significant, however, is his well-known strong hand in editing and often strengthening his brother Charles's hymn texts before they copublished them in their numerous hymnals.
— Bert Polman

Gläser is the son of composer and cantor Weißenfelser at the city church, Carl Ludwig Gläser Traugott (1747-1797) and Marie Amalie Ziesche (1756-1832). His grandfather was the rector and cantor in Ehrenfriedersdorf Gotthelf Carl Gläser, the Elder (1715-1792).

Gläser received his first lessons from his father, attended the Thomas School in Leipzig, was 1813/1814 volunteers in the wars of liberation in 1815 and music director at Barmen. He founded a music shop and Leihanstalt. He wrote many song books and musical and theoretical works, composed hymns, motets and hymns.
— Hymnary.org
As a child, Lowell Mason (b. Medfield, MA, 1792; d. Orange, NJ, 1872) learned to play every musical instrument available to him. He bought music books and attended a singing school when he was thirteen, and soon began teaching singing schools and directing a church choir. In 1812 he moved to Savannah, Georgia, where he helped to establish the firm Stebbins and Mason, which sold musical instruments in addition to dry goods. Mason also adapted, composed, and harmonized tunes for The Boston Handel and Haydn Society Collection of Church Music (1821). This collection was widely used and resulted in public demand for Mason to lead the music at singing schools, concerts, and Sunday school conventions. He moved to Boston in 1827 to become the music director in three churches; later he became the choir director of the Bowdoin Street Church. In 1833 Mason helped to found the Boston Academy of Music, which was instrumental in introducing music education to the Boston public schools in 1838. An advocate of Pestalozzi's educational principles (an inductive teaching method), Mason frequently lectured in England and the United States. A major force in musical education in the United States and in the promotion of European models of church music (as opposed to the southern folk-hymn tradition), Mason also encouraged the change from exclusive psalm singing to the singing of hymns in the churches. In association with Thomas Hastings, George Webb, and others, Mason compiled some eighty hymnals and collections, includ­ing The Juvenile Psalmist (1829), Spiritual Songs for Social Worship (1832), and, most importantly, Carmina Sacra (1841, revised 1852). Mason composed over eleven hun­dred original hymn tunes and arranged another five hundred, mainly from European sources. He derived most of his tune names from the Old Testament.
— Bert Polman 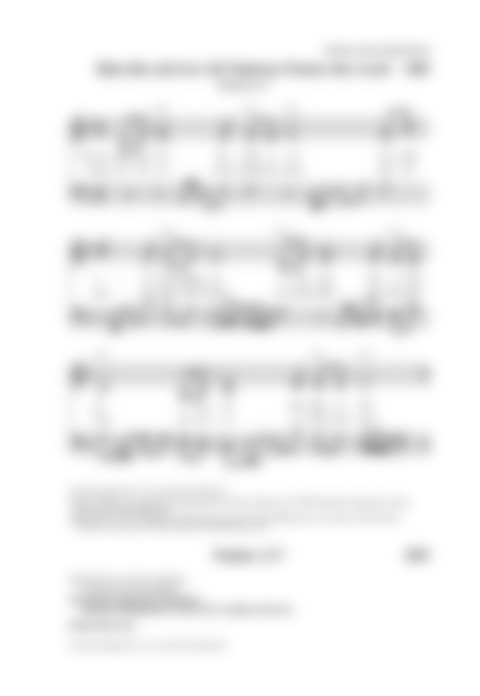