It has been said that the first lay preacher for the Kiowa was one of their chiefs, Kicking Bird. At the time of the Indian Allotment Act of 1890, many Kiowa were accepting reservation life. The tribe made a decision that the chieftainship would not be passed down to the next generation, so Kicking Bird, Wooden Lance, Lone Wolf, and others did not pass on the chief’s authority to their children. Tellingly, many of their descendants became Christian ministers, with tribal members looking up to the ministers wih the same respect as they used to have for the chiefs. Wooden Lance’s grandson, Rev. Spencer Ahpeahtone, was an ordained Methodist minister for over 60 years. Chief Lone Wolf’s granddaughter, the Rev. Hazel Botone, was the first United Methodist woman preacher for the Kiowa tribe, and the first woman to be ordained in the Oklahoma Indian Missionary Conference.
This song can be heard at some of the historical churches in Oklahoma, such as the Rainy Mountain Kiowa Baptist Church near Mountain View, Oklahoma, or the first Methodist church built among the Kiowa, the Mount Scott Kiowa Indian United Methodist Church, built in 1890. It is also sung in other churches throughout southwest Oklahoma. Many times this simple Kiowa hymn is sung right before the minister comes to the pulpit to deliver God’s Word. It is sung at least twice and often three times.
You will want to surround the reading of the scripture with “Take the Saving Word of God.” This song will quickly become a part of your congregation’s repertoire. Sing it before or after the reading of the scripture. If you are in a setting that processes the Gospel, it would be very effective to sing this during the movement. The song has a processional quality when sung in a moderate tempo. It may also be part of the opening procession, invoking God’s authority into its rightful place as the worship service begins.
When teaching this song ot the congregation, line it out phrase-by-phrase, and then sing it together. The first few times you use it in a worship setting you may want to ask the choir or song leader to sing it through, inviting the congregation to sing as you repeat the song.
Singing the Sacred: Musical Gifts from Native American Communities, The General Board of Global Ministries, The United Methodist Church © 2008 GBGMusik, p. 32. Used by Permission

John Thornburg (b. 1954) is the son, grandson, and great-grandson of Methodist ministers. After graduation from Perkins School of Theology, Southern Methodist University, John served four appointments in the North Texas Conference of the United Methodist Church; as an associate in a large suburban congregation; as the editor of the North Texas edition of the United Methodist Reporter; in a central city cooperative parish; and for ten years at Northaven UMC in North Dallas. He was the song leader of the North Texas Annual Conference for ten years.
After 22 years in parish ministry, Thornburg pursued a new calling by starting an itinerant ministry of song leading and worship consultation called “A Ministry of Congregational Singing.” His website describes this ministry as “building community through the power and grace of singing and putting an end to ‘worship wars’” He is also adjunct instructor in worship and preaching at Perkins School of Theology in Dallas, Texas.
Thornburg is a published hymn poet whose hymn texts appear in several hymnals. He has written over 100 hymns, anthems, and vocal solos with his friend and former parishioner, Jane Marshall. He has also written texts for extended choral anthems with Bruce Neswick and Joel Martinson. His articles about worship related subjects have appeared in Circuit Rider, Alive Now, Reformed Worship, The Hymn, and The Chorister.
— Selah Publishing Co. (http://www.selahpub.com/) 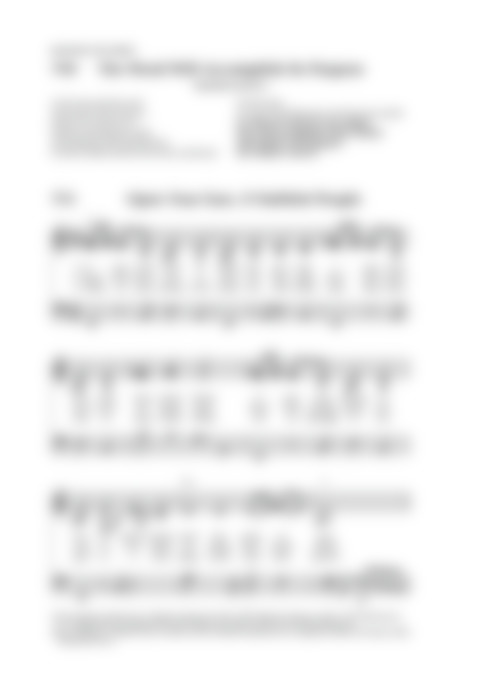