This text elaborates on the theology of baptism as a rebirthing, cleansing, anointing, nurturing, recreating, and transforming rite of initiation into God’s family.

The inclusion of children at baptism is taught in Heidelberg Catechism, Lord’s Day 27, Question and Answer 74 when it says, “Children as well as adults are included in God’s covenant and people” and Belgic Confession, Article 34 which says, “…our children ought to be baptized and sealed with the sign of the covenant…"

A Prayer of Acclamation
Gracious God, you invite us to drink from your river of delights. You bathe us in your fountain of mercies. All your waters sparkle. All your streams bring gladness. So we entrust our sons and daughters to your cleansing waters, in Jesus’ name. Amen.
— Cornelius Plantinga, Jr.
802

Filled with biblical quotations (especially Romans 6:1-11, 11:33, 36, and 12:1-2; John 3:5; I Peter 2:2-3; and Colossians 2:12 and 3:14) and allusions, Ruth Duck’s baptism text was commissioned for the United Methodist Hymnal (1989) as a reflection on her memories of her own baptism by immersion at age thirteen.
BEACH SPRING was first published in The Sacred Harp (1844) as a setting for Joseph Hart's "Come, Ye Sinners, Poor and Wretched."
Benjamin F. White  was listed as the composer. The tune is named after the Beach Spring Baptist Church in Harris County, Georgia, where White lived. BEACH SPRING is a strong, pentatonic tune cast into a rounded bar form (AABA).
— Bert Polman

Ruth Duck (b. 1947), is a professor of worship emerita at Garrett-Evangelical Theological Seminary in Evanston, Illinois. Her powerful texts have emerged as the major part of the cutting edge of language that speaks of God in universal terms and in poetry that is as poignant as it is stoic. GIA Publications, Inc. has published fifty-eight of her texts in the collection Dancing in the Universe (G-3833). Seven of them are also set in octavo form.
Before coming to Garrett in 1989, she served as pastor at United Church of Christ parishes in Illinois, Wisconsin, and Massachusetts. Her undergraduate work was done at Southwestern-at-Memphis University, which is now called Rhodes College.
She holds two masters degrees—one from Chicago Theological Seminary and one from the University of Notre Dame. Her doctorate in theology was earned at Boston University. Her academic credentials are weighty ones and balance beautifully with her pastoral experience dealing with the everyday tasks as the spiritual leader of a parish community.
— GIA Publications, Inc. (http://www.giamusic.com)

Benjamin Franklin White (b. Spartanburg, SC, 1800; d. Atlanta, GA, 1879), coeditor of The Sacred Harp (1844), was listed as the composer. The tune is named after the Beach Spring Baptist Church in Harris County, Georgia, where White lived. He came from a family of fourteen children and was largely self-taught. Eventually White became a popular singing-school teacher and editor of the weekly Harris County newspaper.
A. Royce Eckhardt (b. Scottsbluff, Nebraska, 1937) wrote the harmonization, which was first published in The Covenant Hymnal. A graduate of North Park College, Chicago, Illinois, and the University of Hartford in Connecticut, Eckhardt has served as minister of music in Covenant Church congregations in Washington, Connecticut, and Illinois. He has also taught at North Park Theological Seminary in Chicago and was music editor of the Covenant Hymnal (1973) .
— Bert Polman 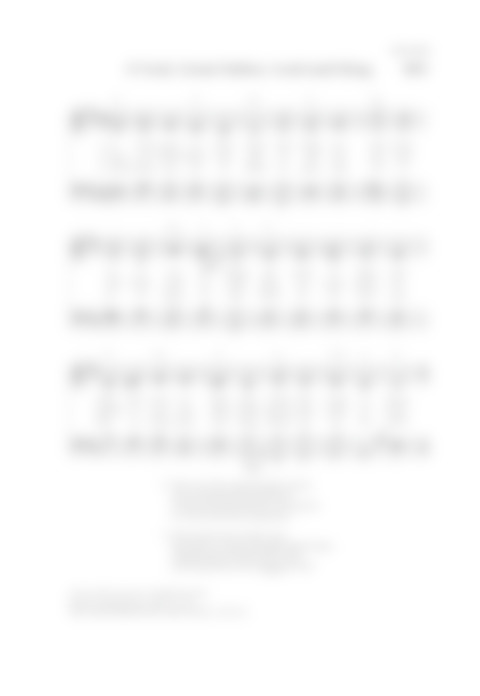