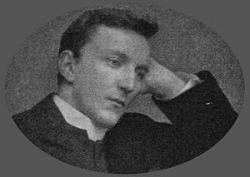 Educated at Trinity College, Oxford, England, Cyril A. Alington (b. Ipswich, England, 1872; d. St. Leonards, Hertfordshire, England, 1955) was ordained a priest in the Church of England in 1901. He had a teaching career that included being headmaster at Shrewsbury School and Eton College. He was dean of Durham from 1933-1951 as well as chaplain to the king of England. His writings include literary works and Christianity in England, Good News (1945). Many of his hymns appeared in various twentieth-century editions of the famous British hymnal, Hymns Ancient and Modern.

Cyril Argentine Alington (22 October 1872 – 16 May 1955) was an English educationalist, scholar, cleric, and prolific author. He was the headmaster of both Shrewsbury School and Eton College. He also served as chaplain to King George V and as Dean of Durham.
Wikipedia Biography
TextsTunesHymnals