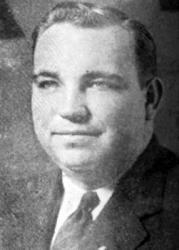 Vep Ellis was one of the most prolific and beloved songwriters in Southern Gospel. He served as a Church of God minister for 49 years. He also published more than 500 songs over the course of a career that also saw him record five albums and numerous singles of his own. Vep served for several years as music director for the Oral Roberts Ministries and as music director of the Tennessee Music And Printing Company. He also owned his own publishing company, Vep Ellis And Sons Music. His songs have been recorded by nearly every Southern Gospel artist.

Vep Ellis, Jr. and his wife Lavone are the senior pastors of Sheridan Christian Center in Tulsa, Oklahoma. Pastor Vep Ellis has a great heritage of gospel ministry and music. He was the Minister of Music at Sheridan Christian Center for 14 years then went on to serve as the Music Director and Dean of Music for the Kenneth Hagin Ministries and RHEMA Bible training center for eight years. In 1984, he returned to Sheridan as Senior Pastor. While at RHEMA, Pastor Ellis formed the RHEMA Singers and Band and recorded several albums. Pastor Ellis is the son of internationally known V.B. “Vep” Ellis, Hall of Fame songwriter and recording artist. Vep Jr. and his brothers occasionally tour the country promoting their own CD’s of their Dad’s music. They have sung at the Palace in Branson, MO; Lee University; and other venues. They were recently invited to appear on the Bill Gaither videos.
He and his wife Lavone have two beautiful daughters, Tiffani and her husband Barry Owens and Tara and her husband Rodney Crum, and five wonderful grandchildren who live in the Tulsa, OK area. Eleven years ago Lavone was diagnosed with a serious liver disease and was given 2 years to live. She was at the point of death many times, but through a miracle of prayer and faith in God’s Word, she received a liver transplant in 1994 and is a living miracle.