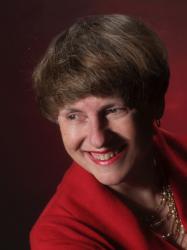 Minister of Music Barbara Hamm has served for 15+ years at Community Congregational Church. Before that she served for nearly 17 years as the Director of Music at First Christian Church, Disciples of Christ, in Antioch, California. Barbara accompanies the worship service on piano or organ and directs the Sanctuary Choir, the Children’s Choir, and the Women and Girls’ Chorus. She also directs instrumental groups of different combinations, including the December Christmas Orchestra, and plays the piano in Jazz Gorilla, along with Shelby Riddle on clarinet and Dean Gilman on bass.

Barbara likes to think of herself as a “partner musician,” having served as an accompanist for many Annual Meetings of both the UCC and DOC. Barbara has served as an accompanist at two national conventions: Kansas City 2001 (the combined Synod and General Assembly) and the Disciples General Assembly in Fort Worth in 2007. She has also done numerous workshops on the Music of Taizé and on New Music for Congregational Singing for local and regional events as well as for the National UCC Musicians’ Network Conference. She began studying jazz piano and hymn writing with the Rev. Dan Damon in 2000 and in 2006 published a collection of hymns, both texts and tunes, with Abingdon Press. Her work includes two commissioned hymns. Barbara is a graduate of Manhattan Christian College in Manhattan, Kansas, where she minored in sacred music. She received a B.A. in English from Milligan College, and both the M.A. and Ph.D. degrees in English from Kansas State University. Barbara teaches college English. She also plays piano bar occasionally at Max’s Opera Café in San Francisco.