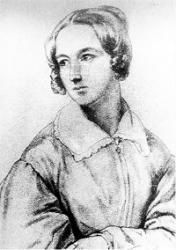 Hensel, Luise, daughter of J. J. L. Hensel, Lutheran pastor at Linum, near Fehrbellin, Brandenburg, was born at Linum, March 30, 1798, Though confirmed as a Lutheran in her fifteenth year, she gradually approximated to Roman Catholicism, and was formally received into that Communion, Dec. 7, 1818. During the remaining years of her life, she devoted herself mainly to the education of the young and the care of the sick. In 1874 she entered the Union of Daughters of Christian Love at Paderborn, and died at Paderborn, Dec. 18, 1876. (O. Kraus, 1879, pp. 204-211; Allgemeine Deutsche Biographie, xii. 1-3, &c.) Her best hymns were written before she was 23, and in proportion as she became an Ultramontane the poetical value of her productions declined. Her finest productions are distinguished by childlike simplicity, humility, resignation, and deep Christian love. They have won wide acceptance in Germany. The first two of those noted may be regarded as nursery classics.
A number of her hymns came into Clemens Brentano's hands as early as 1819, and were by mistake included as his in his posthumous works. A few were printed in F. Förster's Sängerfahrt, 1818, and a good many more in M. Diepenbrock's Geistlicher Blumenstrauss, Sulzbach, 1829. A complete edition of her hymns was published by Professor C. Schlüter of Münster as her Lieder at Paderborn, 1870 (4th ed., 1879).