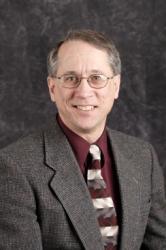 Hopp graduated from Calvin College with a Bachelor’s Degree in Music Education and from Michigan State University with a Master’s Degree in Choral Conducting. He did further studies in church music and composition with Richard Hillert at Concordia University in River Forest, IL. He has served as a Director of Music in churches in West Michigan and Colorado for the past twenty years.

His choral compositions have appeared in the catalogues of AugsburgFortress, earthsongs, GIA Publications, Inc., Kjos, MorningStar, and Selah and his hymn tunes have been published in hymnals and collections in the United States, Canada, England, Wales and Scotland.