Hail to the Lord's Anointed,
great David's greater Son!
Hail in the time appointed,
his reign on earth begun!
He comes to break oppression,
to set the captive free;
to take away transgression,
and rule in equity.

O Day of Rest and Gladness

ES FLOG EIN KLEINS WALDVOGELEIN, a German folk tune, was first published in an early-seventeenth-century manuscript collection from Memmingen, Germany. It later became a setting for Christopher Wordsworth's (PHH 361) "O Day of Rest and Gladness" in George R. Woodward's Songs of Syon (1910 edition). The tune shares its opening motive and also its bar-form structure (AABA') with LOBE DEN HERREN (253). ES FLOG's combination of a sturdy tune and an able harmonization calls for energetic art singing that remains vibrant but not rushed. Psalm 72 also lends itself to antiphonal performance: the outer stanzas (1, 6) may be sung by everyone; the other stanzas by alternating groups. 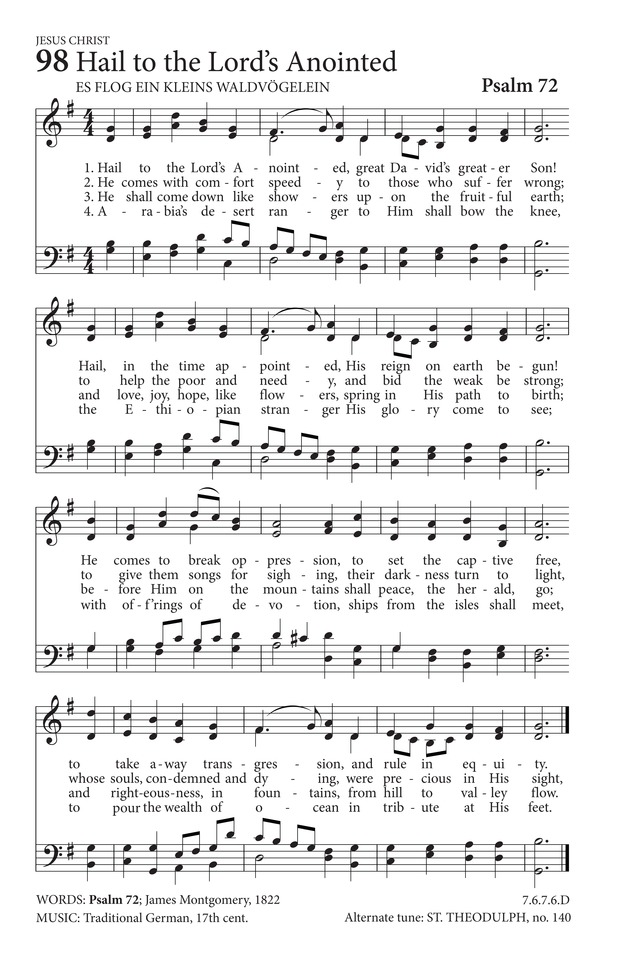 Hymns to the Living God #98

Psalms for All Seasons #72A