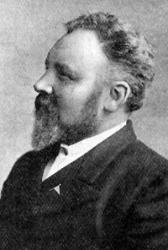 Mathams, Walter John, was born in London, Oct. 30, 1853. Early in life he went to sea; but on returning through Palestine to England he began to study for the Ministry. In 1874 he entered the Regent's Park Baptist College as a Student, and subsequently had a pastoral charge at Preston, Lancashire. In 1879, his health failing, he went for a time to Australia and other places. Returning to England, he became, in 1883, minister at Falkirk, Scotland, and in 1888, at Birmingham. Whilst a student, he published a small volume of hymns and poems as At Jesus' Feet, (1876). He is also the author of several religious books of a popular character, as: Fireside Parables, 1879; Sunday Parables, 1883, &c. His principal hymns are:—
1. Bright falls the morning light. Morning.
2. Gentle Jesus, full of grace. Learning of Christ.
3. Go, work for God, and do not say. Christian Work.
4. God loves the little sparrows. Divine Providence.
5. Jesus, Friend of little children. Child's Prayer to Christ.
6. My heart, 0 God, be wholly Thine. Consecration.
7. No room for Thee, Lord Jesus. No room for
Christ.
8. Reign in my heart, Great God. Consecration.
9. Sailing on the ocean. Life a Voyage.
Nos. 1 and 6 of these hymns first appeared in his At Jesus’ Feet, 1876. Mr. Mathams has written several other hymns which have appeared in magazines and elsewhere. One of these, "Good has come from Nazareth," has been set to music by Dr. E. J. Hopkins. The 9 hymns named above are mainly in Baptist hymnbooks. [Rev. W. R. Stevenson, M.A.]

Mathams, W. J. , p. 718, ii. Mr. Mathams entered the ministry of the Established Church of Scotland in 1900, acted for two years as chaplain to the Scottish forces in Egypt, and is now (1906) minister in charge of the parish of Stronsay, Orkney. His recent hymns include:—
1. Captain and Comrade of us all. [For Soldiers and Sailors.] Written and printed for use at a service held at Gourock Parish Church, April 10, 1904, on behalf of the Queen Victoria Memorial School for sons of Scottish sailors and soldiers.
2. From heights where God is reigning. [Boys' Brigade.] Written, 1905, for the S. S. Hymnary, 1905.
3. God is with us, God is with us. [Christian Warfare.] Written by request of the Nat. Council of Evang. Free Churches, first sung at their Congress at Nottingham, 1896, and published in the Christian Endeavour Hymnal, 1896.
4. Lord Jesus Christ! for love of Thee. [Christian Warfare.] Written in 1899, in connection with the Centenary Fund of the Congreg. Union. In the Sunday School Hymnary, 1905.
5. 0 Christ, sweet Rose of Sharon. [The Rose of Sharon.] Contributed to the Christian Endeavour Hymnal, 1896.
We may add that of the hymns noted at p. 718, ii., Nos. 2, 3, 4, 5, 8, 9 were contributed to the Baptist Psalms and Hymns for School and Home, 1882, and that No. 7, first printed as a leaflet in 1878, is in the Suppl. of 1880 to the Baptist Psalms and Hymns. [Rev. James Mearns, M.A.]

Walter John Mathams was a nineteenth-century British hymnwriter, soldier and minister, who attended Regent's Park College in London in the 1870s as a Baptist ministerial student before converting to the Established Church of Scotland in 1900. He also founded the Ladies' Guild of the Sailors' Society.
Wikipedia Biography
TextsTunesHymnals