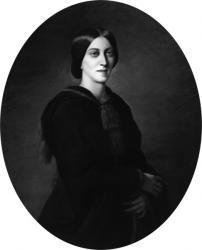 Not to be confused with Adelaide A. Pollard.

Adelaide Anne Proctor was born in London, in 1825. Her father, Brian W. Proctor, is well known by his literary nom de guerre of Barry Cornwall. In 1853, Miss Proctor became a contributor to Dickens' "Household Words." Her reputation as a poet was secured by the publication of her first volume of "Legends and Lyrics," in 1858. A second volume was added in 1860. She also published other compositions in poetry and prose. She died in 1864. She was a member of the Roman Catholic Church.
--Annotations of the Hymnal, Charles Hutchins, M.A. 1872.
===============

Procter, Adelaide Anne, daughter of Bryan Waller Procter (Barry Cornwall), was born in Bedford Square, London, Oct. 30, 1825. In 1851 she entered the Roman communion, and died in London, Feb. 2, 1864. Miss Procter displayed more than usual intellectual powers at an early age. In later years she was skilled in music and languages. Her poetical gifts have been widely appreciated. Her Legends and Lyrics, A Book of Verse, was published in 1858. Of this an enlarged edition was published in 1862. Her hymns in common use from these two editions are:—