Switch back to the old search page.Advanced Search
Looking for other resources related to Blessing? Check out PreachingandWorship.org.

Make Me a Blessing

Come, Thou Fount of Every Blessing

Back to the Blessed Old Bible

Hymns of Blessing for the Living Church 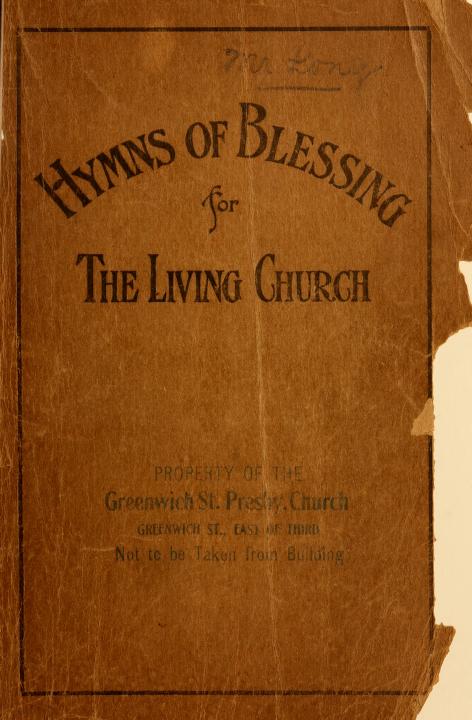 Editors: Petrus Herbert Description: The SmallChurchMusic site was commenced in 2006 grew out of the requests from those struggling to provide suitable music for their services and meetings. Rev. Clyde McLennan was ordained in mid 1960’s and was a pastor in many small Australian country areas, and therefore was acutely aware of this music problem. Having also been trained as a Pipe Organist, recordings on site (which are a subset of the smallchurchmusic.com site) are all actually played by Clyde, and also include piano and piano with organ versions. All recordings are in MP3 format. Churches all around the world use the recordings, with downloads averaging over 60,000 per month. The recordings normally have an introduction, several verses and a slowdown on the last verse. Users are encouraged to use software: Audacity (http://www.audacityteam.org) or Song Surgeon (http://songsurgeon.com) (see http://scm-audacity.weebly.com for more information) to adjust the MP3 number of verses, tempo and pitch to suit their local needs. Copyright notice: Rev. Clyde McLennan, performer in this collection, has assigned his performer rights in this collection to Hymnary.org. Non-commercial use of these recordings is permitted. For permission to use them for any other purposes, please contact manager@hymnary.org. Home/Music(smallchurchmusic.com) List SongsAlphabetically List Songsby Meter List Songs byTune Name About
Small Church Music