A pilgrim through this lonely world 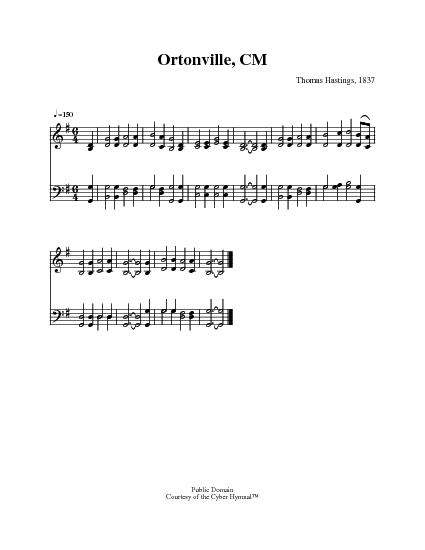 A pilgrim through this lonely world

1 A pilgrim through this lonely world,
The blessed Saviour passed;
A mourner all his life was he,
A dying Lamb at last.


2 That tender heart that felt for all,
For all its life-blood gave;
It found on earth no resting-place,
Save only in the grave.


4 Such was our Lord; and shall we fear
The cross, with all its scorn?
Or love a faithless, evil world,
That wreathed his brow with thorn?

Source: The Seventh-Day Adventist Hymn and Tune Book: for use in divine worship #311 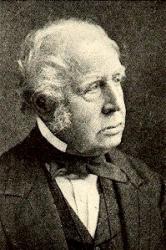 Denny, Sir Edward, Bart . Sir Edward Denny, son of Sir E. Denny, 4th baronet, of Tralee Castle, County of Kerry, was born 2 Oct., 1796, and succeeded his father in August, 1831. He is a member of the Plymouth Brethren, and has contributed largely to their hymnody. His first publication, in which many of his hymns appeared, was A Selection of Hymns, Lond. Central Tract Depot, 1839. This was followed by Hymns & Poems , Lond., 1848 (third ed., 1870). He has also published several prose works. Many of his hymns are popular, and are in extensive use as:—" A pilgrim through this lonely world"; "Bride of the Lamb, rejoice, rejoice"; “Bright with all His crowns of glory"; “Light of the lonely pilgrim's heart”; "Sweet feast of love d… Go to person page >
^ top

A pilgrim through this lonely world. Sir E. Denny. [Passiontide.] First published in his Selection of Hymns, &c, 1839, No. 11, in 8 stanzas of 4 lines, and in his Hymns and Poems, 1848. It was also republished in various collections of the Plymouth Brethren—including Hymns for the Poor of the Flock, 1841, and Psalms and Hymns, Lond. Walther, 1842, Pt. ii., No. 32. It is adopted also by Dr. Walker, in his Cheltenham Collection, 1855; the Hymnal Companion, No. 162, and Snepp's Songs of Grace & Glory, No. 220, and a few others amongst the Church of England hymnals. Its principal use, however, is in America, where it is found in numerous collections, mostly in an abbreviated form, and in many instances attributed in error to Dr. Bonar. Original text in Lyra Britannica, 1867, p. 183. It is well adapted for Holy Week, and for special services dwelling on the Sacrifice of Christ.

All tunes published with 'A pilgrim through this lonely world'^ top 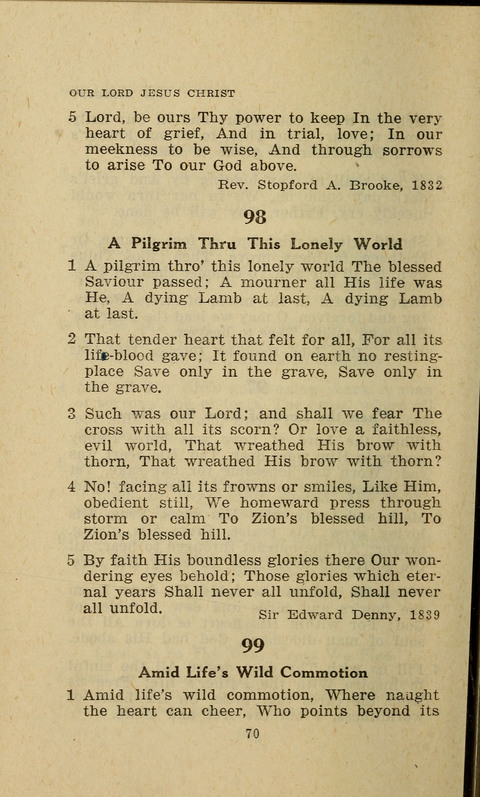