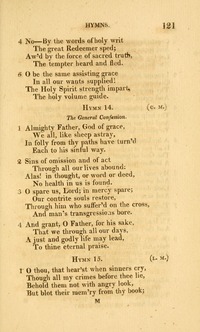 Thomas Cotterill (b. Cannock, Staffordshire, England, 1779; d. Sheffield, Yorkshire, England, 1823) studied at St. John's College, Cambridge, England, and became an Anglican clergyman. A central figure in the dispute about the propriety of singing hymns, Cotterill published a popular collection of hymns (including many of his own as well as alterations of other hymns), Selection of Psalms and Hymns in 1810. But when he tried to introduce a later edition of this book in Sheffield in 1819, his congregation protested. Many believed strongly that the Church of England should maintain its tradition of exclusive psalm singing. In a church court the Archbishop of York and Cotterill reached a compromise: the later edition of Selection was withdrawn… Go to person page >
^ top

Almighty Father, God of grace. T. Cotterill. [For Pardon.] A metrical rendering of the Confession from the Book of Common Prayer given in his Selection 1810, and continued in later editions. The ascription here to Cotterill is based on the authority of two marked copies of the 8th edition of the Selection 1819, in the Brooke and Julian Libraries. Original text in Snepp's Songs of Grace & Glory 1872, No. 451. 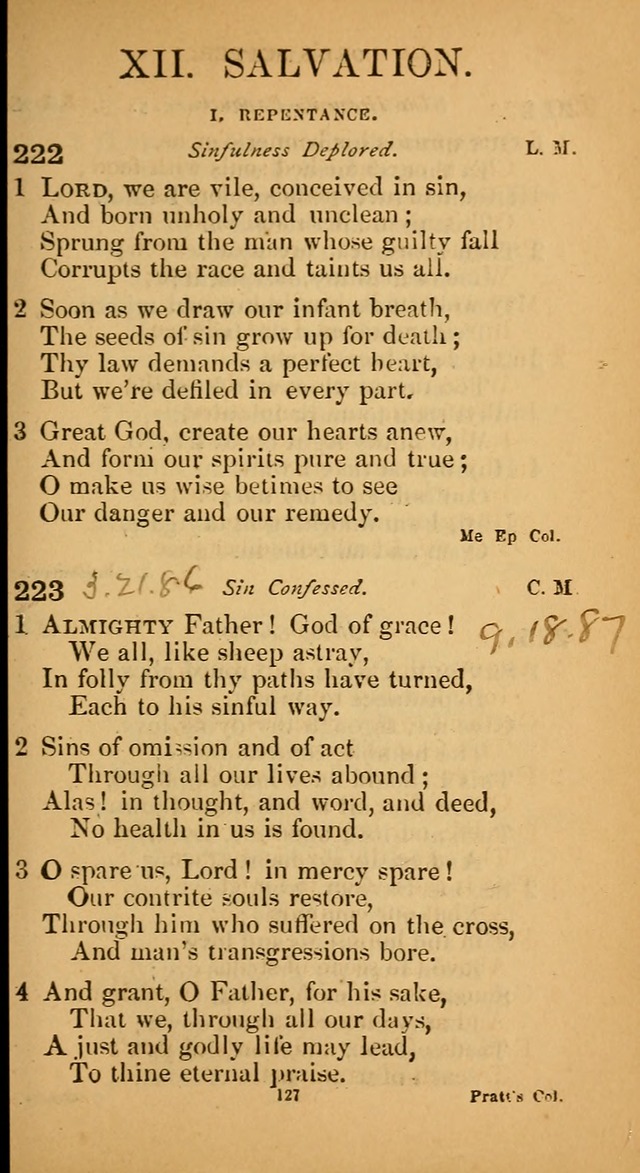 Hymns for Schools and Families #d15

Hymns for Schools and Families, Specailly Designed for the Children of the Church #143

Hymns for the Vestry and the Fireside #d9

Hymns for Youth, Suitable to be Used in Sabbath and Parochial Schools #83

Melodies of the Church #d21