As pants the wearied hart for cooling springs 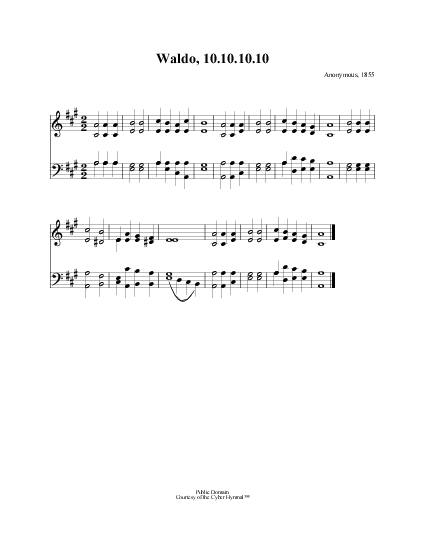 As pants the wearied hart for cooling springs

1 As pants the wearied hart for cooling springs,
That sinks exhausted in the summer's chase,
So pants my soul for Thee, great King of kings,
So thirsts to reach Thy sacred dwelling place.


2 Lord, Thy sure mercies, ever in my sight,
My heart shall gladden through the tedious day;
And 'midst the dark and gloomy shades of night,
To Thee, my God, I'll tune the grateful lay.


3 Why faint, my soul? why doubt Jehovah's aid?
Thy God, the God of mercy, still shall prove;
Within His courts thy thanks shall yet be paid:
Unquestion'd be His faithfulness and love.

As pants the wearied hart for cooling streams. G. Gregory. [Ps. xlii.] First published in 1787 in George Gregory's translation of Bishop Lowth's Praelectiones Sacrae. It is a translation of the Bishop's Latin Version of Ps. xlii. It was given in an altered form in Cotterill's Selection, 1819, p. 25, in 9 stanzas of 4 lines, and repeated in Montgomery's Christian Psalmist, 1825, p. 58, with, in the latter case, the signature in the Index—“Bp. Lowth." It has come common use in its altered form, both in Great Britain and America, but abbreviated. It is found in the American Protestant Episcopal Praise Book Collection as early as 1826. [William T. Brooke] 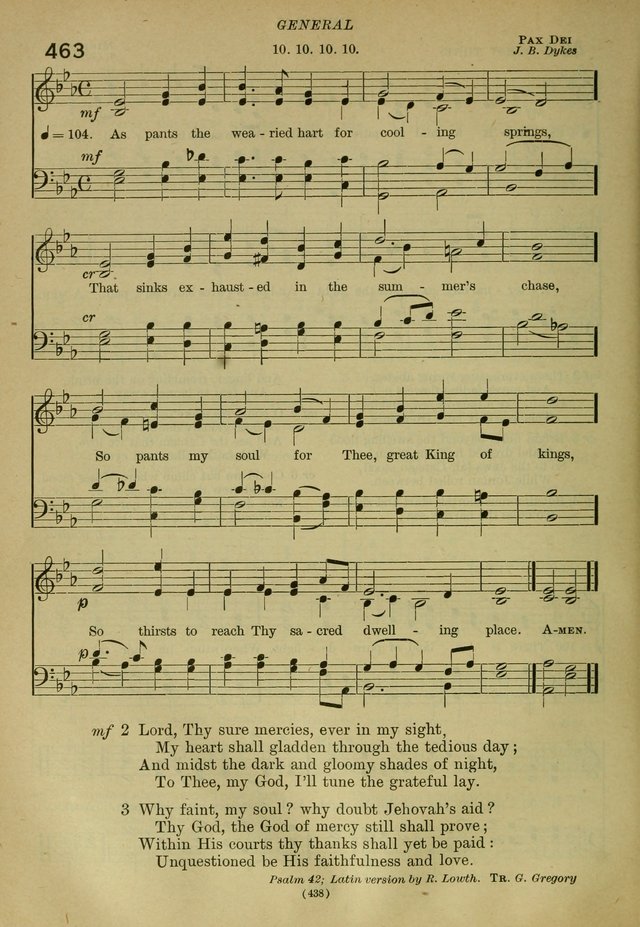 View Page
The Church Hymnal: containing hymns approved and set forth by the general conventions of 1892 and 1916; together with hymns for the use of guilds and brotherhoods, and for special occasions (Rev. ed) (1920), p.439
^ top