God of the Prophets

I Greet Thee, Who My Sure Redeemer Art

All texts published with TOULON^ top

TOULAN was originally an adaptation of the Genevan Psalter melody for Psalm 124 (124). In one melodic variant or another and with squared-off rhythms, the tune was used in English and Scottish psalters for various psalm texts. It was published in the United States in its four-line abridged form (called MONTAGUE) by Lowell Mason (PHH 96) and George Webb (PHH 559) in The National Psalmist (1848). That version, now called TOULON, is named quite arbitrarily after the French city. Sing the outer stanzas in unison and the middle stanzas in harmony. On the fifth stanza add the descant by Emily R. Brink (PHH 158). TOULON is a fine tune for accompaniment by brass quartet. It should be sung and played with power and dignity.

Text: God of the Nations, Who from Dawn of Days

Text: I Greet Thee, Who My Sure Redeemer Art

Text: I May Not Go Tonight to Bethlehem

Text: The Sea Is His

Text: In Time Of Health, Aid Me

Text: God of the Prophets

Text: I Greet Thee, Who My Sure Redeemer Art
^ top 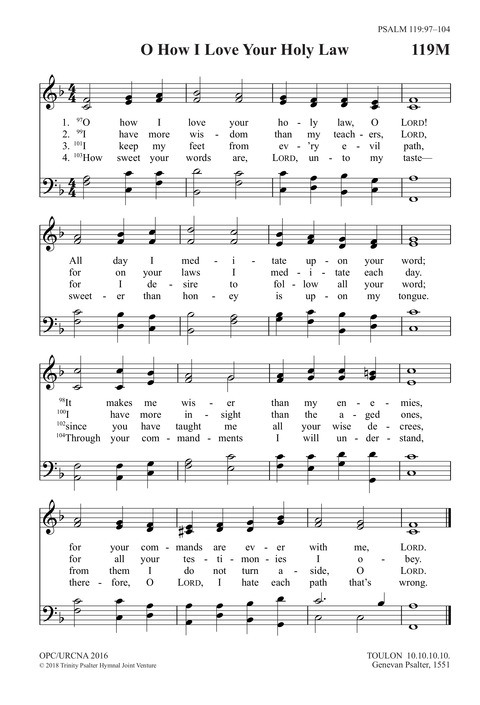 Great Songs of the Church (Revised) #370

Psalms for All Seasons #115C