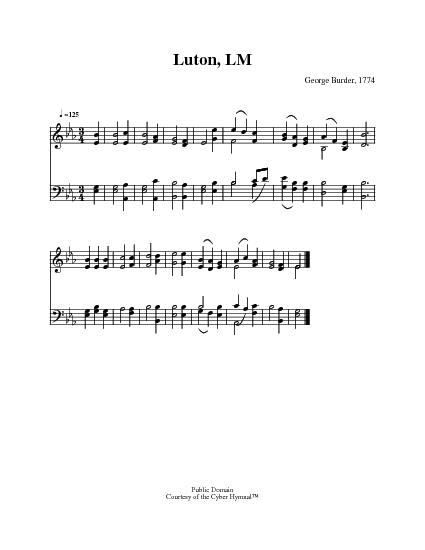 1 Awake, O church of God, awake!
No longer in thy sins lie down;
The garment of salvation take,
Thy beauty and thy strength put on.


2 Shake off the dust that blinds thy sight,
And hides the promise from thine eyes;
Arise, and struggle into light,
The great Deliv'rer calls: “Arise!” [Refrain]


3 Shake off the bands of sad despair;
Assert thy blood-bought liberty;
Look up, thy broken heart prepare,
And God shall set the captive free. [Refrain]

Source: The Voice of Thanksgiving #42

Awake, Jerusalem, awake. C. Wesley. [Exhortation.] A paraphrase of Isaiah lii., which appeared in the Wesley Psalms and Hymns, 1741, in 28 stanzas of 4 lines, C.M. divided into three parts. Two centos from this are in common use in America. (1) The American Methodist Episcopal Collection, N. Y., 1849, composed of stanzas i., iii. and iv. of Pt. i, and stanza ii. of Pt. iii. (2) Hymn Book of the Evangelical Association, Cleveland, O., 1882; the same stanzas with the addition of stanza iv., Pt. iii. The poem as given in the Poetical Works of J. and C. Wesley, 1868-72, vol. ii. pp. 168-173, has 4 stanzas in L.M. added to Pt. ii. These stanzas were first published in the First series of Hymns on God's Everlasting Love, 1741. Being a part of the same chapter in Isaiah they were omitted from the reprint of the Hymns, &c, and incorporated with this poem, in the Poetical Works, vol. ii., 1860. 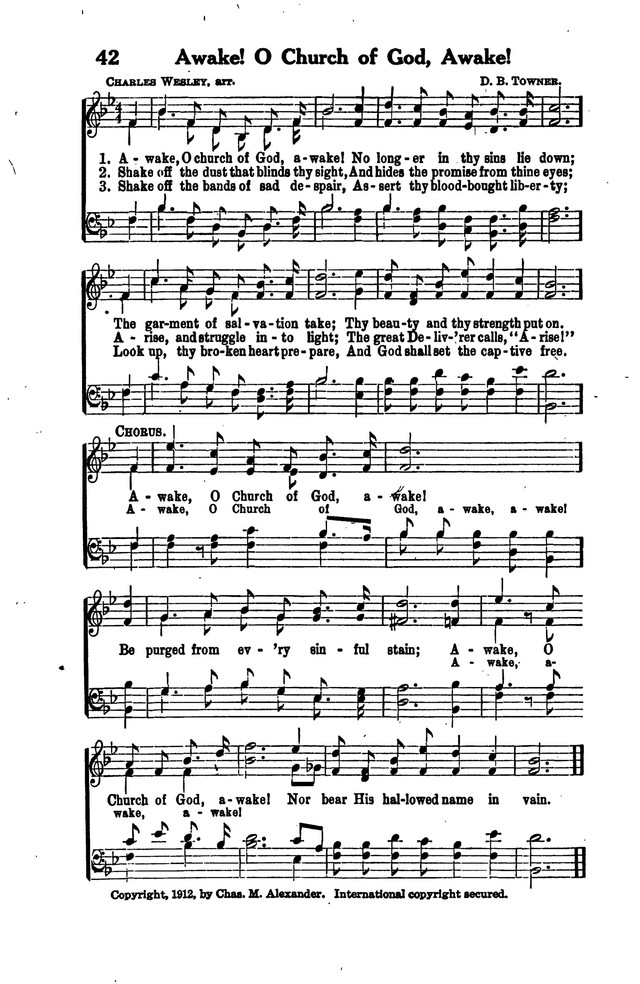 The Harmonia Sacra #73B