Bathed in eternity's all beauteous beam 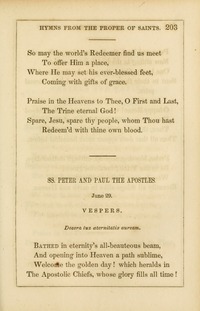 Bathed in eternity's all beauteous beam

Deoora lux aeternitatis auream. Translation of [Aurea luce et decore roseo] by E. Caswall in his Lyra Catholica, 1849, p. 159, and his Hymns, 1873, p. 87, as “Bathed in Eternity's all-beauteous beam;" and by F. W. Faber in his Jesus & Mary, &c, 1849, as "It is no earthly summer's ray." This latter translation is adopted by some Roman Catholic hymnbooks for Missions and Schools, and is also in the Marquess of Bute's edition of the Roman Breviary, 1879. 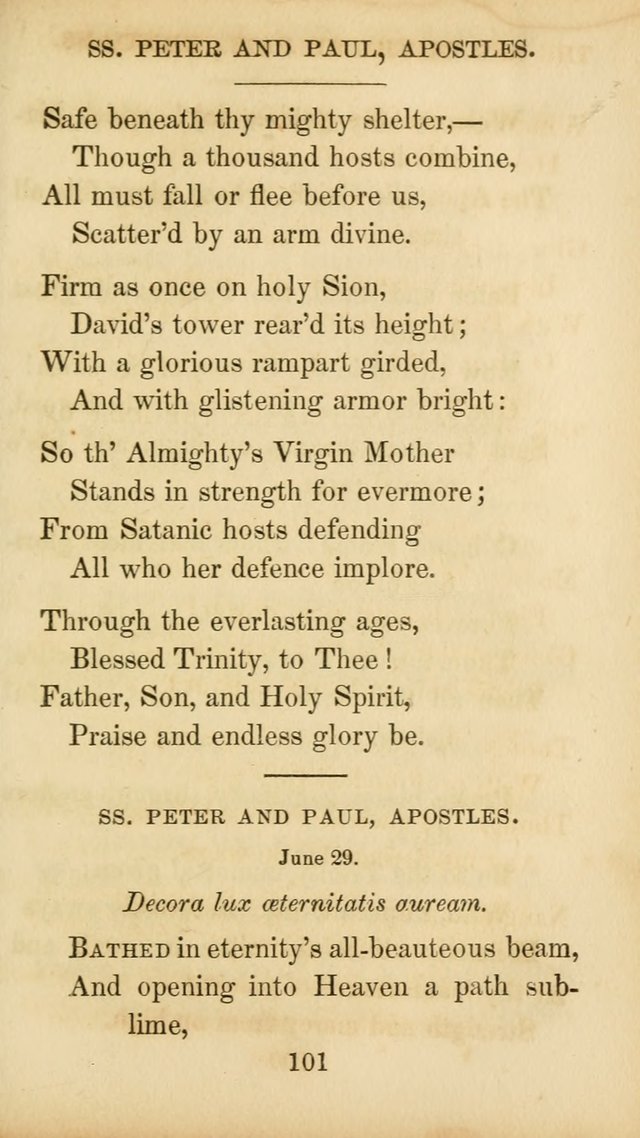 View Page
The Catholic Hymn Book: a collection of hymns, anthems, etc. for all holydays of obligation and devotion throughout the year (1851), p.101
^ top