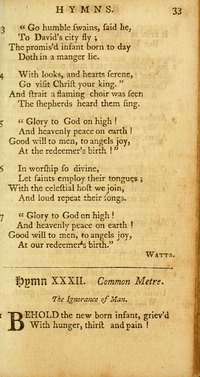 Merrick, James , M.A., was born in 1720, and educated at Oxford, where he became a Fellow of Trinity College. He entered Holy Orders, but his health would not admit of parish work. He died at Reading, 1769. His publications include:— (1) Messiah, a Divine Essay. Humbly dedicated to the Reverend the Vice-Chancellor of the University of Oxford and the Visitors of the Free School in Reading. By James Merrick, Ætat. 14, Senior Scholar of the School at their last Terminal Visitation, the 7th of October, 1734. Reading. (2) The Destruction of Troy. Translated from the Greek of Tryphiodorus into English Verse, with Notes, &c. 1742. (3) Poems on Sacred Subjects. Oxford . 1763. (4) The Psalms of David Translated or Paraphrased in English Verse… Go to person page >
^ top

Behold yon newborn Infant grieved. J. Merrick, [Ignorance of Man.] First published in his Poems on Sacred Subjects, Oxford, Clarendon Press, 4to., 1763, pp. 25-27, in 8 stanzas of 4 lines. It was also included in full by Montgomery in his Christian Psalmist, 1825, No. 333. In its full form it has not come into common use; but centos therefrom are given in numerous collections both in Great Britain and America. These are:—
1. "Author of good, to thee I turn [come]." This cento is composed of stanzas v.-viii., somewhat altered in Bickersteth's Christian Psalmody, 1833, No. 157, and from thence has passed into several modern collections. In Dr. Kennedy's Hymnologia Christiana, 1863, No. 1410, these stanzas are repeated as "Author of good, to Thee we turn," and thereto 8 lines have been added, probably by Dr. Kennedy.
2. "Author of good, we rest on Thee." This is a slightly altered form of the former cento, which is found in several American Unitarian collections.
3. "Eternal God, we look to Thee." This is an altered form of stanzas v., vi., and viii. It was included in the Leeds Hymn Book, 1853, No. 580, and is repeated in the New Congregational Hymn Book, 1859, and other collections.
Taken in its various forms, very few of Merrick's compositions have attained to an equal position in popular favour. 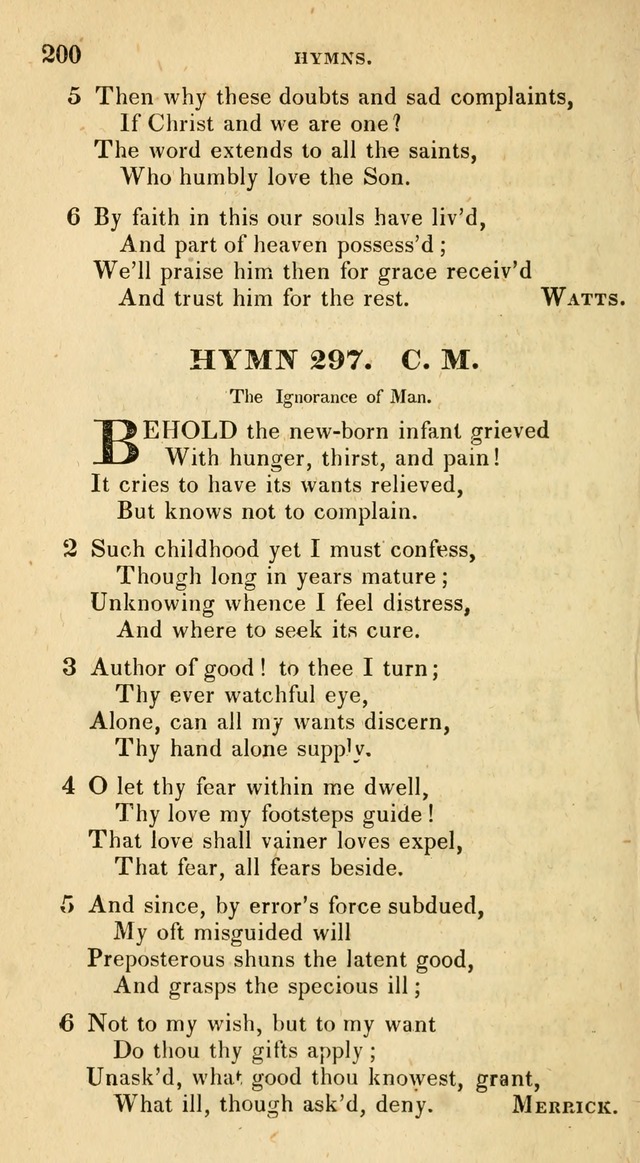 View Page
The Universalist Hymn-Book: a new collection of psalms and hymns, for the use of Universalist Societies (Stereotype ed.) (1836), p.200
^ top

A Collection of Hymns, More Particularly Designed for the Use of the West Society in Boston. (2nd ed. with Additions) #XXV

Hymns, Selected from the Most Approved Authors, for the use of Trinity Church, Boston #48