Bring the bread, bring the wine 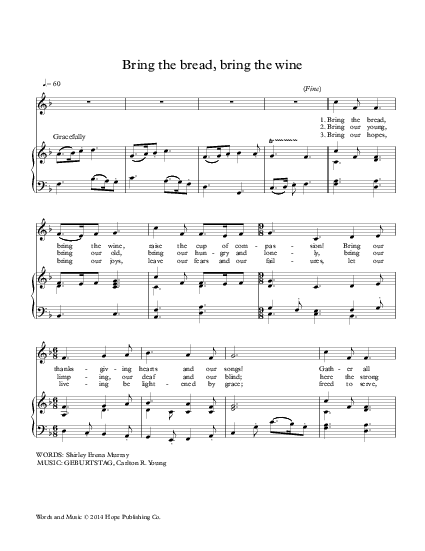 Bring the bread, bring the wine

Source: New Hymns of Hope #27
(This is the only representative text available.)^ top

All tunes published with 'Bring the bread, bring the wine'^ top