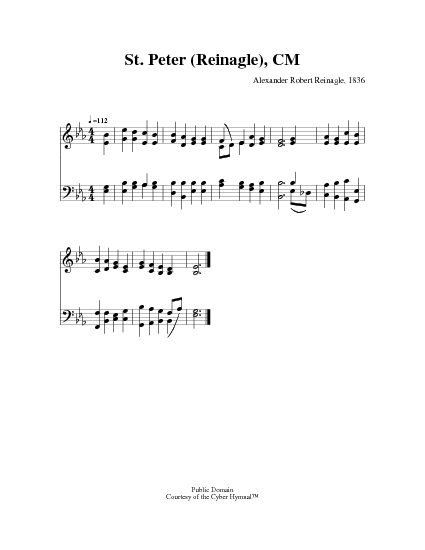 Come, O Thou all victorious Lord

1 Come, O Thou all-victorious Lord,
Thy power to us make known;
Strike with the hammer of the Word,
And break these hearts of stone.


2 O that we all might now begin
Our foolishness to mourn!
And turn at once from every sin,
And to the Savior turn.


3 Give us ourselves and Thee to know
In this our gracious day:
Repentance unto life bestow,
And take our sins away.


4 Convince us first of unbelief,
And freely then release:
Fill every soul with sacred grief,
And then with sacred peace.

Come, O Thou all victorious Lord. C. Wesley. [Lent.] Written during a visit to Portland, June, 1746 (see the author's Journal and Methodist Magazine, May, 1869), where the occupation of the quarrymen suggested the line of thought and the appeal:—

”Strike with the hammer of Thy word
And break these hearts of stone."

It was first published in Hymns & Sacred Poems, 1749, in 7 stanzas of 4 lines, and headed, "Written before preaching at Portland." In 1780 it was included, with two minor alterations, in the Wesleyan Hymn Book, No. 82, and has been retained in all subsequent editions. From that collection it has passed into many others, in Great Britain and America. Original text, Poetical Works, 1868-72, vol. v. p. 124. In Kennedy, 1863, No. 354, it appears in a slightly altered form as, “All gracious, all victorious Lord," but its use as thus altered is not extensive. A cento composed of stanzas iii., v. and iv. slightly altered was also given in the American Unitarian Hymns for the Church of Christ, Boston, 1853, as, "Give us ourselves and Thee to know."

Composed by Alexander R. Reinagle (b. Brighton, Sussex, England, 1799; d. Kidlington, Oxfordshire, England, 1877), ST. PETER was published as a setting for Psalm 118 in Reinagle's Psalm Tunes for the Voice and Pianoforte (c. 1836). The tune first appeared with Newton's text in Hymns Ancient and Mode…

All tunes published with 'Come, O Thou All-Victorious Lord'^ top 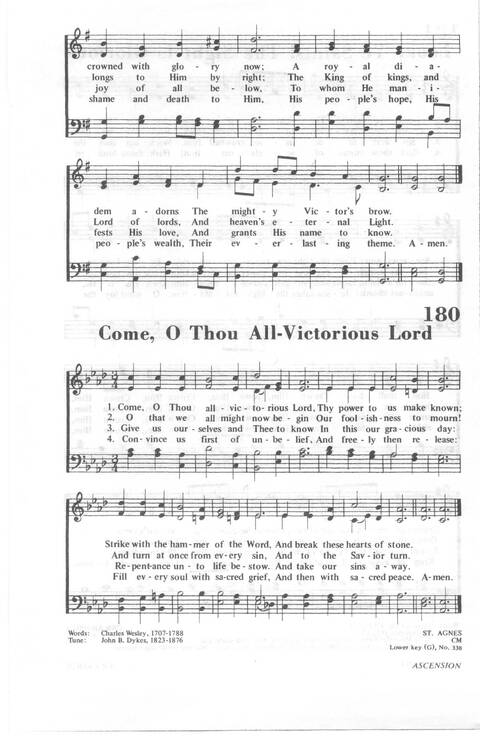