Alexander Robert Reinagle United Kingdom 1799-1877. Born at Brighton, Sussex, England, gf Austrian descent, he came from a family of musicians, studying music with his father (a cellist), then with Raynor Taylor in Edinburgh, Scotland. Reinagle became a well-known organ teacher. He became organist at St Peter’s Church, Oxford (1823-1853). He was also a theatre musician. He wrote Teaching manuals for stringed instruments as well. He also compiled books of hymn tunes, one in 1830: “Psalm tunes for the voice and the pianoforte”, the other in 1840: “A collection of Psalm and hymn tunes”. He also composed waltzes. In 1846 he married Caroline Orger, a pianist, composer, and writer in her own right. No information found regard… Go to person page >
^ top

How Sweet the Name of Jesus Sounds

How sweet the name of Jesus sounds
in a believer's ear!
It soothes our sorrows, heals our wounds,
and drives away our fear.

In Christ There Is No East or West

Composed by Alexander R. Reinagle (b. Brighton, Sussex, England, 1799; d. Kidlington, Oxfordshire, England, 1877), ST. PETER was published as a setting for Psalm 118 in Reinagle's Psalm Tunes for the Voice and Pianoforte (c. 1836). The tune first appeared with Newton's text in Hymns Ancient and Modern(1861); it is now usually associated with this text, for which it is a better match than for Psalm 118. The tune was named after St. Peter-in-the-East, the church in Oxford, England, where Reinagle was organist from 1822-1853.

Little is known of Reinagle's early life. Of Austrian descent, he came from a family of musicians and became a well-known organ teacher. A writer of teaching manuals for string instruments, Reinagle also compiled two books of hymn tunes, the 1836 collection and A Collection of Psalm and Hymn Tunes(1840). He also composed a piano sonata and some church music.

ST. PETER features descending motion after an initial rise. Sing stanzas 1-2 and 4-5 in parts, but sing the crucial middle stanza in unison. This music needs to express the fervor of the text without any festive fanfares.

Text: In Christ There Is No East or West

Text: Awake, My Soul! To Sound His Praise

Text: From Thee All Skill and Science Flow

Text: How Shall the Young Secure Their Hearts?

Text: How Sweet the Name of Jesus Sounds

Text: In Christ There Is No East or West

Text: In Memory of the Savior's Love

Text: My God, Accept My Heart This Day

Text: My Savior, My Almighty Friend

Text: O Come and Sing to God, the Lord

Text: O Happy Is the Man Who Hears

Text: O Thou Who Hast Thy Servants Taught

Text: Lord, May The Spirit Of This Feast

Text: How Sweet the Name of Jesus Sounds

Text: In Christ There Is No East or West
^ top 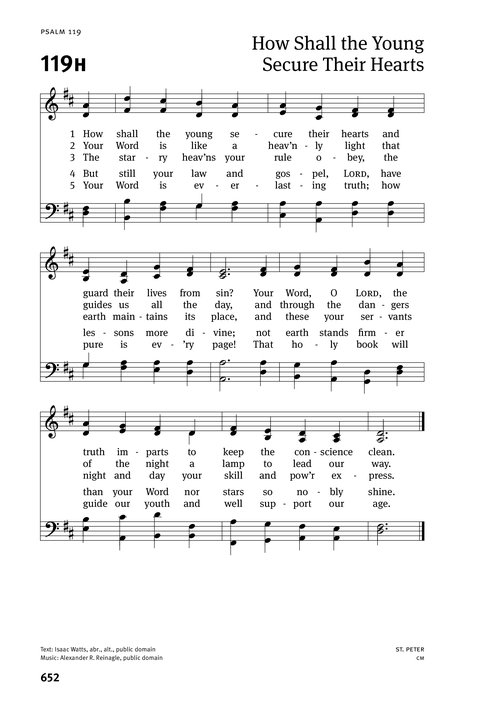 Catholic Book of Worship III #14I

Great Songs of the Church (Revised) #279

Great Songs of the Church (Revised) #392

Hymns for a Pilgrim People #77

Hymns for a Pilgrim People #501

Praise! Our Songs and Hymns #78

Tune Title: ST. PETER First Line: In Christ there is no East or West, in Him no South or North Date: 2006
The Christian Life Hymnal #335

Include 389 pre-1979 instances
All instances^ top
Suggestions or corrections? Contact us