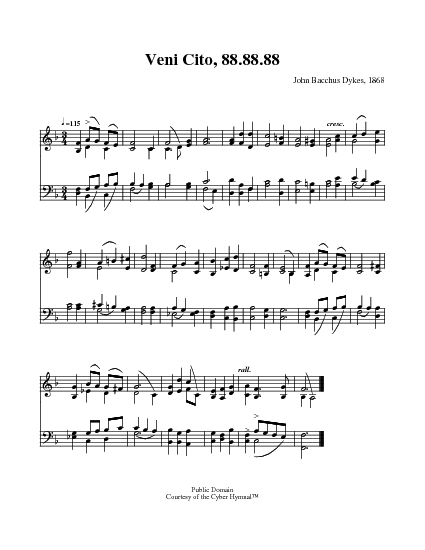 1 O quickly come, dread Judge of all;
for, awful though thine advent be,
all shadows from the truth will fall,
and falsehood die, in sight of thee:
O quickly come, for doubt and fear
like clouds dissolve when thou art near.


2 O quickly come, great King of all;
reign all around us and within;
let sin no more our souls enthrall,
let pain and sorrow die with sin:
O quickly come, for thou alone
canst make thy scattered people one.


3 O quickly come, true Life of all,
for death is mighty all around;
on ev'ry home his shadows fall,
on ev'ry heart his mark is found:
O quickly come, for grief and pain
can never cloud thy glorious reign.


4 O quickly come, sure Light of all,
for gloomy night broods o'er our way;
and weakly souls begin to fall
with weary watching for the day:
O quickly come, for round thy throne
no eye is blind, no night is known. 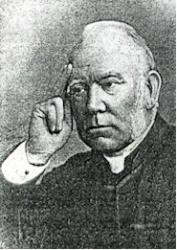 Laurence Tuttiett was born at Colyton, Devon, in 1825; was educated at Christ Hospital, and at King's College, London; ordained Deacon, 1848, Priest, 1849; entered upon the living of Lea Marston, Coleshill, 1854, and subsequently was appointed Curate of S. Paul's, Knightsbridge, London. He is the author of several volumes and tracts. --Annotations of the Hymnal, Charles Hutchins, M.A. 1872.… Go to person page >
^ top

O quickly come, dread Judge of all. L. Tuttiett. [Advent.] First published in his Hymns for Churchmen, 1854, in 4 stanzas of 6 lines. It was included in the 1868 Appendix to Hymns Ancient & Modern, in the Society for Promoting Christian Knowledge Church Hymns, 1871, and several other collections. In a few American hymnbooks it begins — "Come quickly come, dread Judge of all." In the Guardian of Dec. 24, 1884, the Hymns Ancient & Modern text is rendered into Latin by "A. C." as:— ”Ipse veni, generis Judex sanctissime nostri."

Martin Luther's versification of the Lord's Prayer was set to this tune in Valentin Schumann's hymnal, Geistliche Lieder (1539); the tune, whose composer remains unknown, had some earlier use. The tune name derives from Luther's German incipit: “Vater unser im Himmelreich….” Because VATER UNSE…

All tunes published with 'Come, Quickly Come, Dread Judge of All'^ top 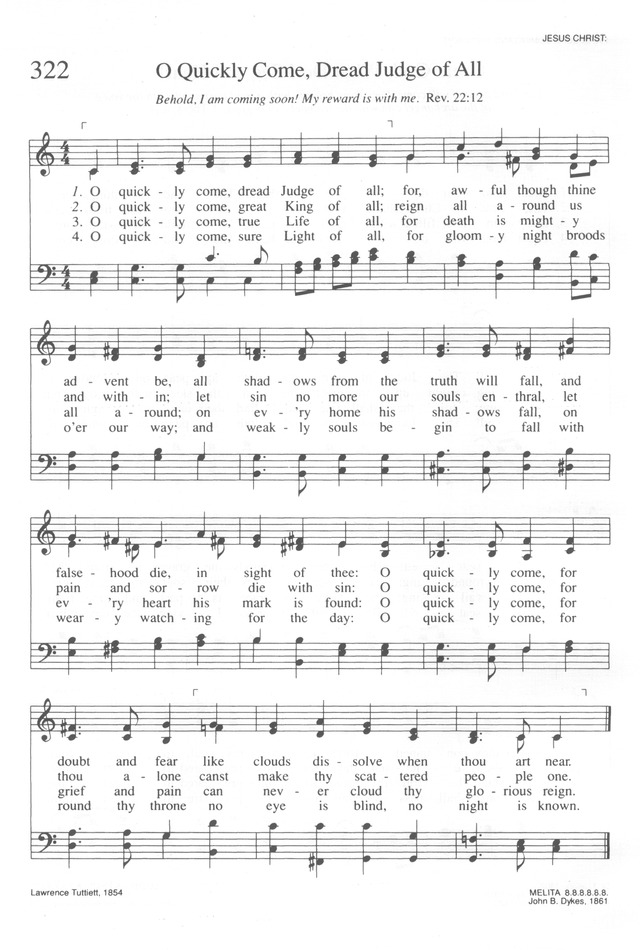