Command thy blessing from above 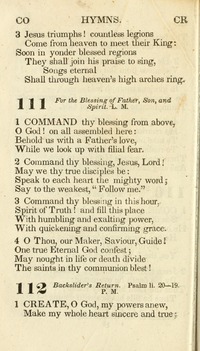 Command thy blessing from above

Command thy blessing from above,
O God! on all assembled here;
Behold us with a father's love,
While we look up with filial fear.


Command Thy blessing, Jesus! Lord!
May we Thy true disciples be;
Speak to each heart the mighty Word,
Say to the weakest, "Follow me."


Command Thy blessing in this hour,
Spirit of Truth! and fill this place
With humbling and with healing power,
With killing and with quickening grace.


103
O Thou, our Maker, Saviour, Guide,
One true eternal God confest!
Whom, thou hast join'd let none divide,
None dare to curse whom thou hast blest.


With thee and these for ever found,
May all the souls who here unite,
With harps and songs thy throne surround,
Rest in thy love and reign in light.

Command Thy blessing from above. J. Montgomery. [Divine Worship.] Written for the Sheffield Sunday School Union, Whitsuntide gathering, June 3, 1816, and printed for that occasion, and in the Evangelical Magazine, Sept., 1816, p. 372. In 1819 it was included in Cotterill's Selection, No. 13, in 5 stanzas of 4 lines, and there entitled "For God's blessing on His assembled people." In 1825 it was republished, with alterations, by Montgomery, in his Christian Psalmist, No. 470, and again with the same text in his Original Hymns, 1853, No. 99. The arrangement, however, in common use are various, some following Cotterill’s text, as in Hymnal Companion from Bickersteth's Christian Psalmody, 1833, others the revised text of 1825 and 1853, and others, as in New Congregational Hymn Book, a mixture of the two. The American use also varies in like manner.

All tunes published with 'Command thy blessing from above'^ top 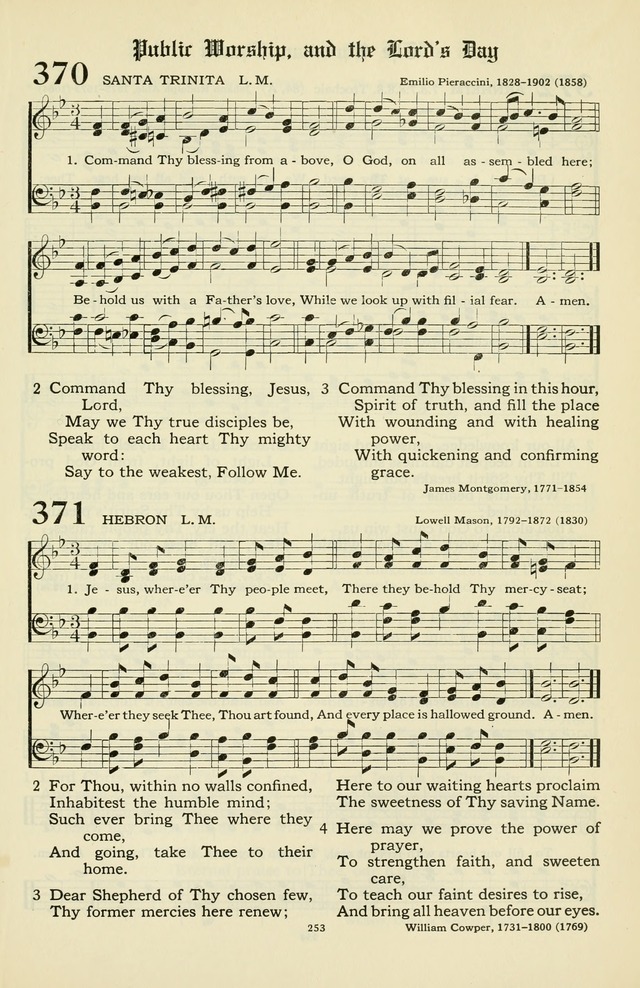