Commit Thou All Thy Griefs 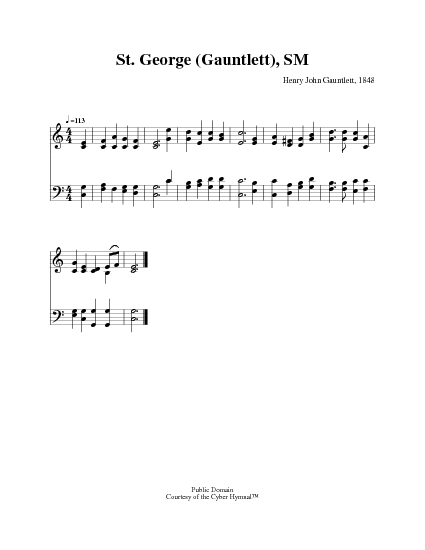 Commit thou all thy griefs

1 Commit thou all your griefs
and ways into his hands;
to his sure truth and tender care,
who earth and heav'n commands.
Who points the clouds their course,
whom winds and seas obey,
he shall direct your wand'ring feet,
hHe shall prepare your way.


2 Give to the winds your fears;
hope, and be undismayed;
God hears your sighs and counts your tears,
God shall lift up your head.
Through waves and clouds and storms
he gently clears your way;
wait for his time, so shall the night
soon end in joyous day.


3 Still heavy is your heart?
Still sink your spirits down?
Cast off the weight, let fear depart,
and every care be gone.
He everywhere has sway,
and all things serve his might;
his every act pure blessing is,
his path unsullied light.


4 Far, far above your thought
his counsel shall appear,
when fully he the work has wrought
that caused your needless fear.
Leave to his sovereign sway
to choose and to command;
with wonder filled, you then hall own
how wise, how strong his hand.

SCHUMANN is one of many hymn tunes arranged by Lowell Mason (PHH 96). He first published the arrangement in Cantica Laudis (1850), a collection he edited with George J. Webb (PHH 559). First called WHITE, the tune was marked "Arr. from Schumann" and was thus ascribed to the German composer Robert A.…

All tunes published with 'Commit Thou All Thy Griefs'^ top 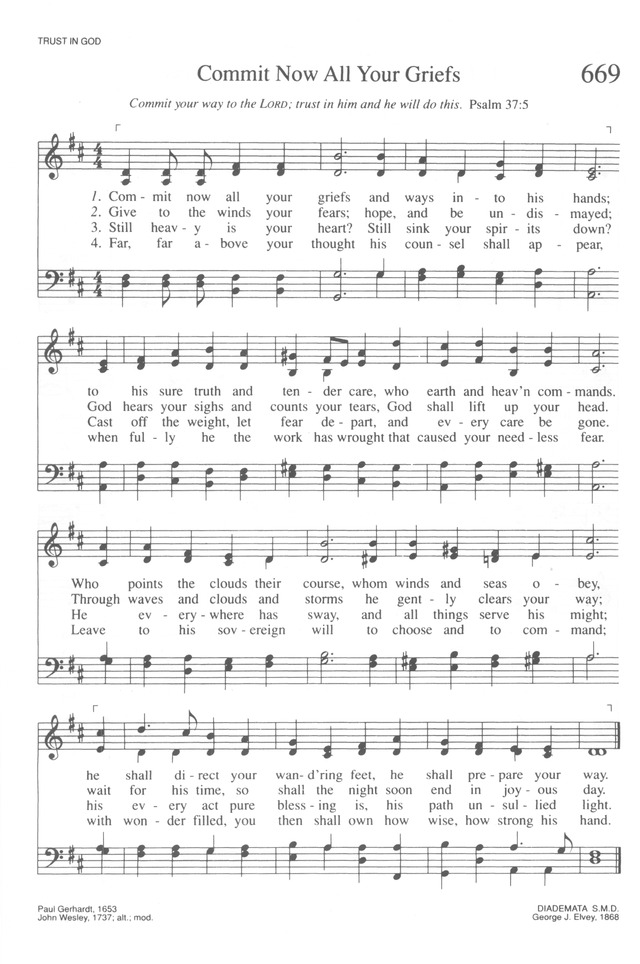 The Song Book of the Salvation Army #715