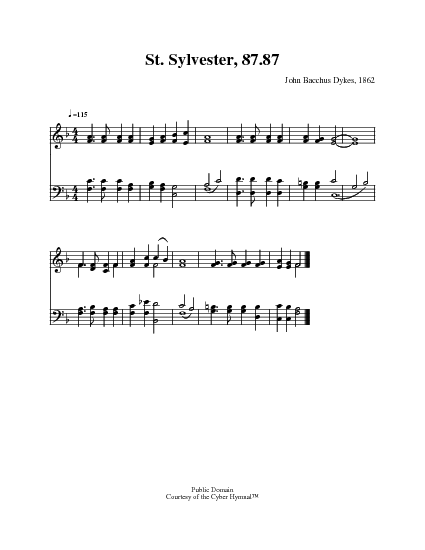 1 Days and moments quickly flying
Blend the living with the dead;
Soon will you and I be lying
Each within his narrow bed.


2 Soon our souls to God who gave them
Will have sped their rapid flight:
Able now by grace to save them
O that while we can we might!


3 O by Thy power
Grant, Lord, that we
At our last hour
Fall not from Thee;
Saved by Thy grace,
Thine may we be
All through the days of eternity.


5 Soon before the Judge all-glorious
We with all the dead shall stand;
Saviour, over death victorious,
Place us then on Thy right hand.

Days and moments quickly flying. E. Caswall. [Old and New Year.] This hymn appeared in 4 stanzas of 4 lines with the title, "Swiftness of Time," in his Masque of Mary and other Poems, 1858. With it was also given, under the title of "A Warning," one stanza, beginning "As the tree falls, So must it lie," &c. From these, together with abbreviations, additions, or alterations the following centos have been made:—
1. In Chope's Hymnal, 1862, the two with alterations.
2. In Hymns Ancient & Modern, 1868, the same without alterations.
3. In the Appendix to the Society for Promoting Christian Knowledge Psalms and Hymns,
1869, the first hymn, 4 stanza with two additional stanzas.
4. In Hymnary, 1870-2. The first hymn of 4 stanzas with alterations, and a fifth stanza by the editors.
5. In Church Hymns, 1871, a new cento of which stanzas i., ii., iii., are from the first hymn, much varied; v., vi., from Society for Promoting Christian Knowledge Psalms and Hymns, altered; and iv., vii., viii., by the compilers.
6. In Hymns Ancient & Modern, 1875, the first hymn of 4 stanzas slightly altered, and a new stanza.
7. In Thring's Collection, 1882, the same first hymn with alterations by the editor.
Other centos found in a few additional collections are in American use. Original texts in Caswall's Hymns & Poems, 1873, p. 250.

All tunes published with 'Days and moments quickly flying'^ top 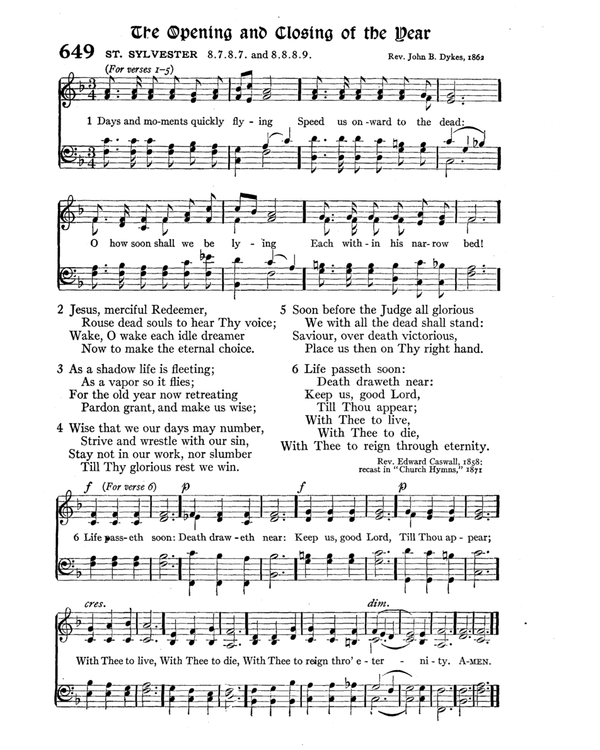