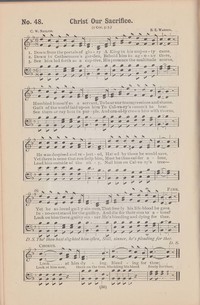 Down from the portals of glory

Author: Charles W. Naylor
Tune: [Down from the portals of glory]
Published in 3 hymnals

1 Down from the portals of glory
A King in His majesty came,
Humbled Himself as a servant,
To bear our transgressions and shame;
He was despised and rejected,
Hated by those He would save,
Yet He so loved guilty sinners,
That freely His life-blood He gave.


Refrain:
Look at Him dying,
Bleeding for thee;
Though thou hast slighted Him often,
Still, sinner, He’s pleading for thee.


2 Down in Gethsemane’s garden,
Behold Him in agony there,
Guilt of the world laid upon Him,
To Calvary’s summit to bear;
Yet there is none that can help Him—
Must He thus suffer alone,
Innocent stand for the guilty,
And die for their sins to atone? [Refrain]


3 See Him led forth as a captive,
His presence the multitude scorns;
See them array Him in purple,
And cruelly crown Him with thorns,
Lead Him outside of the city,
Nail Him on Calvary’s tree;
Look on Him there, guilty sinner,
He’s bleeding and dying for thee. [Refrain] 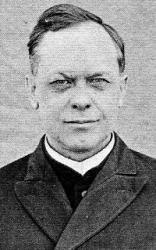 Naylor, Charles Wesley. (1874--1950). C. W. Naylor was born in southern Ohio and reared in Ohio and West Virginia by grandparents. At the age of nineteen he left the Methodist church for the Church of God. He worked for a while at the Gospel Trumpet Company in Grand Junction, Michigan and on some evangelistic tours. He was ordained in 1899 in Springfield, Ohio. He was first injured in 1908 in Florida while moving timbers from under a meeting tent. He suffered a dislocated kidney and other internal injuries. A year later he was in a bus accident that left him an invalid for the rest of his life. Naylor wrote eight books, many articles and pamphlets, many hymns and gospel songs, besides being a columnist in the Gospel Trumpet. --John W.… Go to person page >
^ top

[Down from the portals of glory]

All tunes published with 'Christ Our Sacrifice'^ top 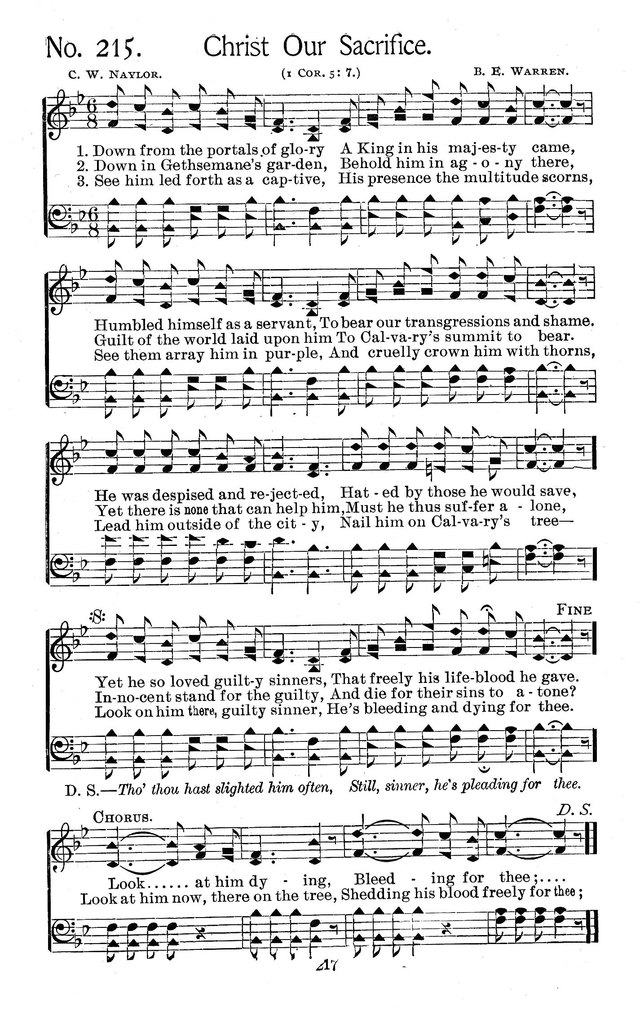