Emptied of earth, I fain would be 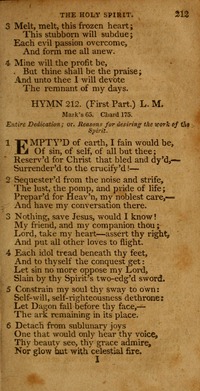 Emptied of earth, I fain would be

Empty'd of earth I fain would be. A. M. Toplady. [Holiness desired.] First published in his Poems on Sacred Subjects, 1759, as No. 25 of the "Petitionary Hymns," and headed, "The Believer's Wish." In April, 1771, he included it in a revised form, in 10 stanzas of 4 lines, in the Gospel Magazine. This revised text is repeated in Sedgwick's reprint of Toplady's Hymns, 1860, p. 30, and is that in use in Great Britain and America. The cento from this hymn, "At anchor laid remote from home" (stanzas ix. and viii.), appeared in Rippon's Selection, 1787, and is still in common use. [William T. Brooke] 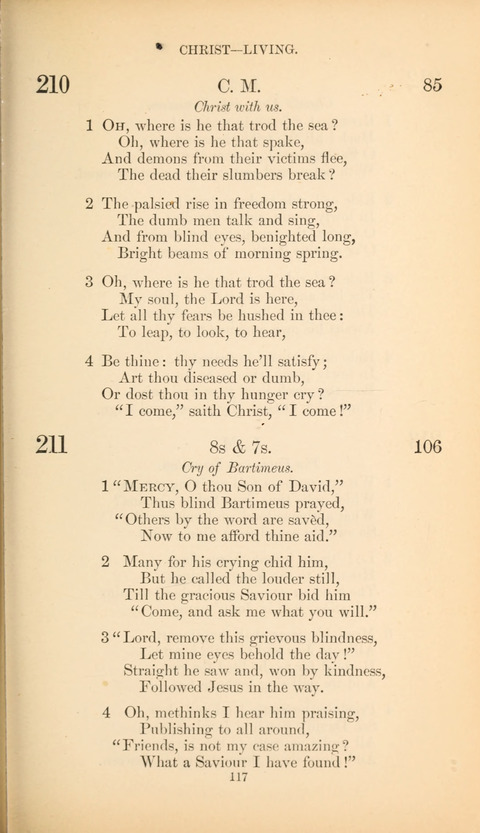 A Baptist Hymn Book, Designed Especially for the Regular Baptist Church and All Lovers of Truth #d180

A New Selection of Psalms, Hymns and Spiritual Songs #148

A Selection of Hymns from the Best Authors. #212a

The Advent Harp; designed for believers in the speedy coming of Christ #83a

The Baptist Hymn and Tune Book for Public Worship #613

The Dover Selection of Spiritual Songs, with an Appendix of Choice Hymns #d62

The Virginia Selection of Psalms and Hymns and Spiritual Songs #427