The Glories of Redemption 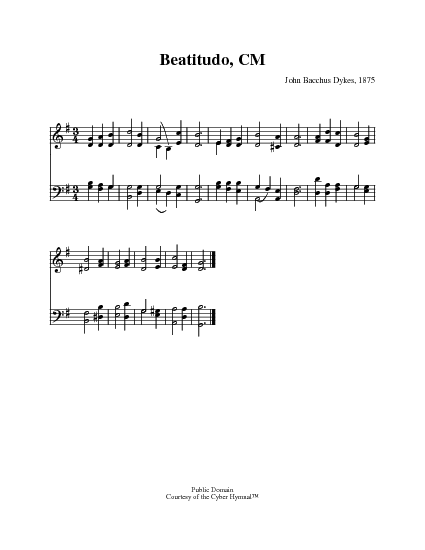 Father, how wide thy glory shines!

1 Father, how wide Thy glory shines!
How high Thy wonders rise!
Known through the earth by thousand signs,
By thousands through the skies.


2 Those mighty orbs proclaim Thy power,
Their motions speak Thy skill,
And on the wings of every hour
We read Thy patience still.


3 When sinners break the Father's low,
The dying Son atones;
Oh! the dear mysteries of His cross!
The triumph of His groans!


5 Oh, may I bear some humble part
In that immortal song!
Wonder and joy shall tune my heart,
And love command my tongue.

Source: Book of Worship with Hymns and Tunes #130

Father, how wide Thy glory shines. J. Watts. [Glory of God and Salvation of Men.] First published in his Horae Lyricae, 1705, in 9 stanzas of 4 lines, and headed "God glorious and Sinners saved," As early as 1738-1741 J. Wesley included it in an abbreviated form in his Psalms & Hymns, and it was subsequently given about 1800, in the Wesleyan Hymn Book. Its early use in the Church of England was furthered by E. Conyers, De Courcy, A. M. Toplady, and others. Its use, but usually in an abbreviated form, is extensive in Great Britain and America. Full original text in modern editions of the Horae Lyricae, and Watts's Works.

All tunes published with 'The Glories of Redemption'^ top 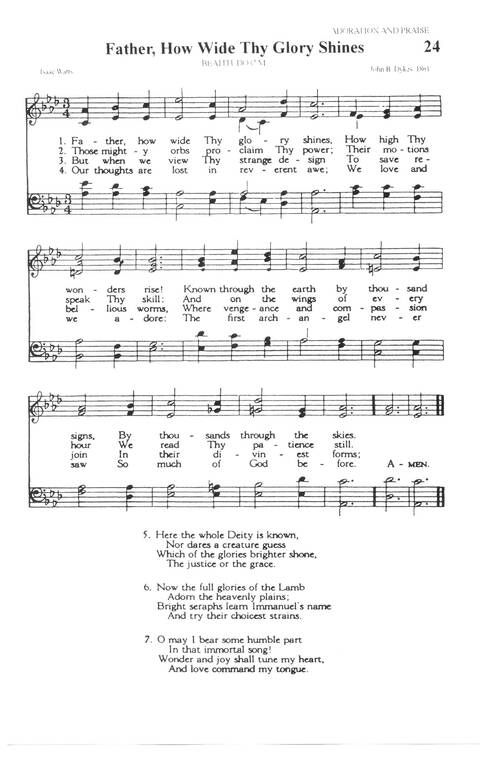