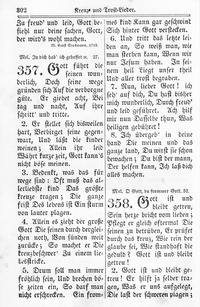 Suggested tune: DARMSTADT (WAS FRAG' ICH NOCH DER WELT)
Gott ist und bleibt getreu. [Trust in God]. Founded on 1 Cor. x. 13. Included as No. 302 in J. H. Havecker's Kirchen-Echo, Helmstädt and Magdeburg, 1695, in 6 stanzas of 8 lines, without name of author; repeated as No. 25 in the Berlin Geistliche Lieder, edition 1863. It has been ascribed to Dr. Johann Christian Wilhelmi (sometime advocate under the Hessian administration and syndic at Giessen), but is not included among the hymns in the Eisenach Gesang-Buch, 1721, given as by him in Wetzel, iii. 428; and no trustworthy evidence of his authorship has been adduced. Translated as:—
God is for ever true! His loving. A translation of stanzas i.-iv., by M. W. Stryker, in his Hymns & Verses, 1883, p. 34, repeated as No. 167 in his Christian Chorals, 1885. [Rev. James Mearns, M.A.] 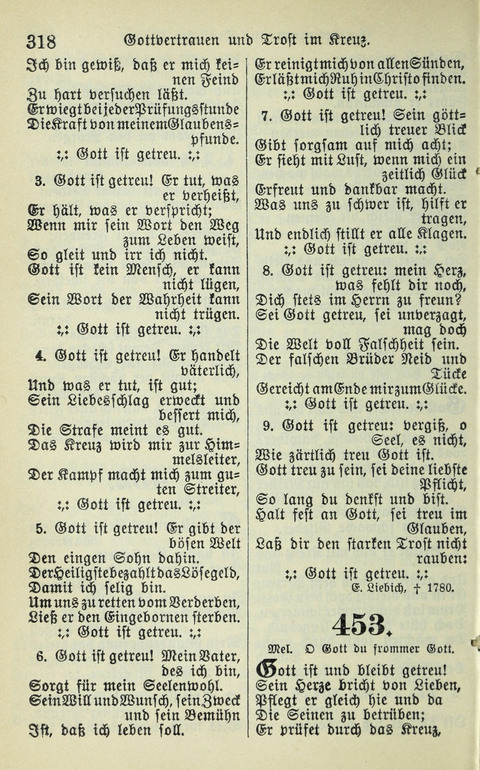