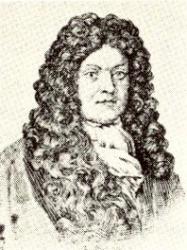 Christ Is the World's True Light

What Is the World to Me

All texts published with DARMSTADT^ top

Composed by Ahasuerus Fritsch (b. Mücheln on the Geissel, near Merseburg, Germany, 1629; d. Rudolstadt, Germany, 1701), DARMSTADT first appeared in his Himmels-Lust und Welt-Unlust (1679). The melody was altered when it was published in the 1698 Darmstadt Geistreiches Gesangbuch and in several other eighteenth-century German hymnals. The tune is also known as O GOTT, DU FROMMER GOTT (named after the Heermann text) and as WAS FRAG ICH NACH DER WELT (named after an association with a text in the Darmstadt hymnal).

Fritsch grew up during the turbulent time of the Thirty Years' War, and his family was often forced to flee for their lives. He was educated at the University of Jena and later became chancellor of that university. He also served as president of the church's consistory in Rudolstadt and edited two collections of hymns.

The harmonization comes from Cantata 45 by Johann S. Bach (PHH 7); he also used the tune in cantatas 64, 94, and 133. This noble tune has short phrases that should be sung in four long lines; observe small fermatas at the end of each of the first two lines. Use solid organ tone to support congregational singing in unison or in parts. Keep the energy lively.

Text: Now Are the Days Fulfilled

Text: Now Yield We Thanks and Praise

Text: What Is the World to Me?

Text: Joy To The World 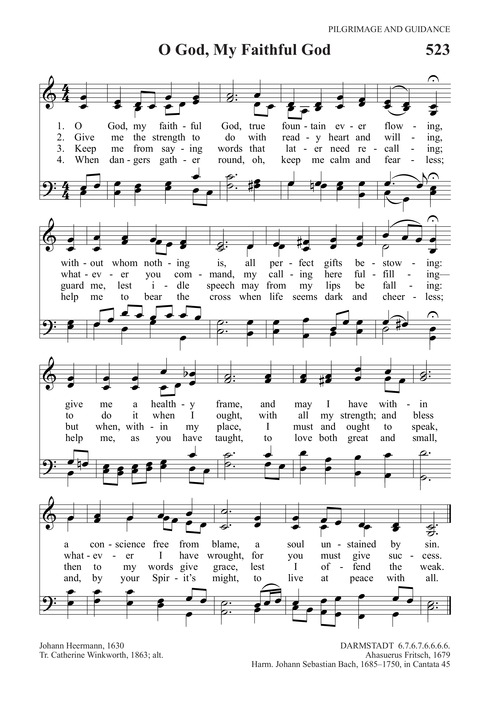 Hymns for a Pilgrim People #78

Psalms for All Seasons #35A