He lived as none but he has lived 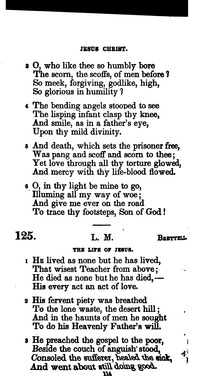 He lived as none but he has lived

His fervent piety was breathed
To the lone waste, the desert hill;
And in the haunts of men he sought
To do his Heavenly Father’s will.

He preached the gospel to the poor,
Beside the couch of anguish stood,
Consoled the sufferer, healed the sick,
And went about still doing good.

With sinners he conversed, and gave
Peace to the weary, troubled mind;
Yet free from stain till life’s last hour,
In him his foes no fault could find.

Born ’midst the humblest sons of earth,
All earth’s temptations he withstood;
And yet all human praise renounced,
Declaring God alone is good.

Brettell, Jacob, son of an Unitarian Minister, born at Gainsborough, April 16, 1793. In 1814 he entered upon the pastorate of an Unitarian congregation at Cockey Moor (now Ainsworth), Bolton, Lancashire; and in 1816 upon that of Rotherham, Yorkshire. The latter charge he held until 1859, when he retired from active work. He died at Rotherham, Jan. 12, 1862. In addition to minor pieces contributed to various newspapers, &c, he published:— (1) The Country Minister; A Poem in four Cantos, with other Poems, Lond., 1821; (2) Sketches in Verse from the Historical Books of the Old Testament, Lond., 1828. In 1837 Mr. Brettell contributed 16 hymns to Beard's Collection. With one or two exceptions, these have fallen out of use. The best known,… Go to person page >
^ top 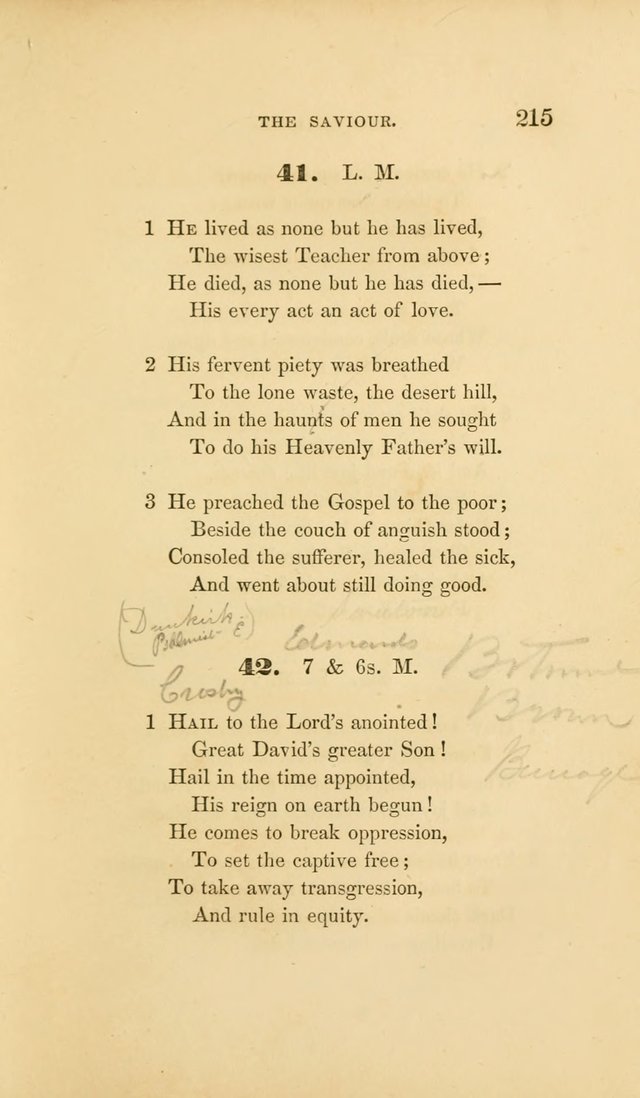 Display Title: The Life of Jesus First Line: He lived as none but he has lived Author: Brettell Meter: L. M. Date: 1866
A Book of Hymns for Public and Private Devotion (15th ed.) #125