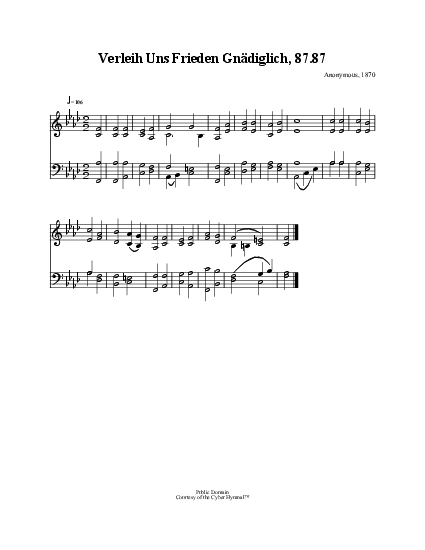 His trial o'er, and now beneath

1 His trial o'er, and now, beneath
His own cross faintly bending,
Jesus the fatal hill of death
Is wearily ascending.
And now, His hands and feet pierced through,
Upon the cross thy raise Him,
Where even now, in distant view,
The eye of faith surveys Him.


2 O wondrous love, which God most high
Toward man was please to cherish!
His sinless Son He gave to die,
That sinners might not perish.
Our sins's pollution to remove,
His blood was asked and given;
So mighty was the Saviors's love,
So vast the wrath of heaven.


3 Yes! 'tis the cross that breaks the rod
And chain of condemnation,
And makes a league 'twist man and God,
For our entire salvation.
O praise the Father, praise the Son,
The Lamb for sinners given,
And Holy Ghost, through whom alone
Our hearts are raised to heaven.

Opprobriis, Jesu, satur. C. Coffin. [Passiontide.] Given in the Paris Breviary, 1736, as the Ferial hymn at Matins throughout Passion Week, and after till Maundy Thursday. It is also in Coffin's Hymni Sacri, 1736, p. 50, and some modern French Breviaries. J. Chandler in his Hymns of the Primitive Church, 1837, and Cardinal Newman in his Hymni Ecclesiae, 1838 and 1865, also give the text. Translated as:—
His trial o'er, and now beneath. By J. Chandler, in his Hymns of the Primitive Church, 1837, p. 72, and his Hymns of the Church, 1841, No. 40. It has been repeated in a few collections, and also, altered as "From judgment taken, lo, beneath“ in the Hymnal for the Use of St. John the Evangelist's, &c, Aberdeen, 1870. In the Supplemental Hymnal to Hymns Ancient & Modern, 1889, Chandler's translation is altered by the Compilers to "0 scorned and outcast Lord, beneath."
Other translations are:—
1. Up that dark hill funereal, faint with ill. I. Williams, in the British Magazine, April, 1834; and his Hymns translated from the Parisian Breviary, 1839.
2. Like faithful Abraham's holy child. R. Campbell. 1850.
3. Now to the cruel scourge, the twined thorn. W. J. Blew. 1852-55. The first stanza of this translation of "Et jam flagellis," which is stanza vii. of "Fando quis audivit, Dei," p. 658. The translation of Opprobus, Jesu, satur" begins with stanza ii.
4. Jesu, by cruel taunts distressed. J. D. Chambers. 1857.

All tunes published with 'This Trial O'er'^ top 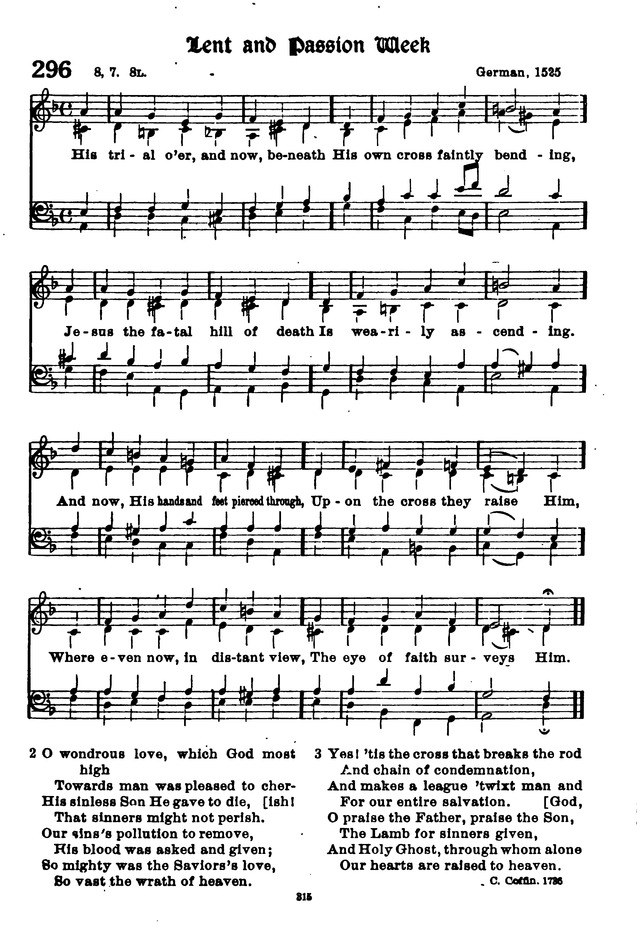