Hosanna to the living Lord! 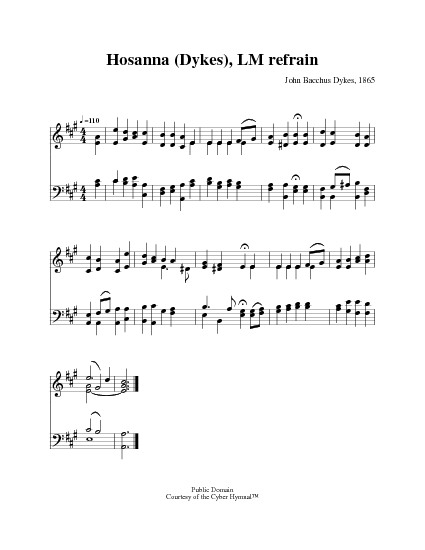 Hosanna to the living Lord!


3 O Savior, with protecting care
abide in this your house of prayer,
Where we your parting promise claim,
assembled in your sacred name.


4 O Spirit, all our sins forgive,
and come within our hearts to live.
Our souls shall be your temple pure
and you will make our faith endure.


5 So, on that last and dreadful day,
when earth and heav'n shall melt away,
your flock, redeemed from sinful stain,
shall swell the sound of praise again.

Hosanna to the living Lord. Bishop R. Heber. [Advent.] This hymn is found in two forms and both by Heber. The first is unknown in modern hymnals, the second is in very extensive use in English-speaking countries. In 1811 Heber contributed several hymns to the Christian Observer, prefacing them with a letter in which he strongly condemned the familiarity assumed by hymn-writers with the Divine, and with divine things; and promised to remedy the defect so far as it lay in his power so to do. This letter appeared in Oct. 1811, together with four hymns, the first of which was this for Advent Sunday. The first stanza reads:—

In 1827, it appeared in Heber's posthumous Hymns, &c, p. 1, in a new and much improved form. From this revised text all existing forms of the hymn in collections for congregational use have been made. The first stanza of the revised text is:—

The full revised text is in Lord Selborne's Book of Praise, 1862, No. 141. The doxology, which is given in Hymns Ancient & Modern and other collections, was added to the hymn as early as Stretton's Church Hymns, 1850. The hymn "Hosanna, Lord, the angels cry," in Martineau's Hymns, &c, 1840, and later collections, begins with stanza ii. of this hymn.

All tunes published with 'Hosanna to the living Lord!'^ top 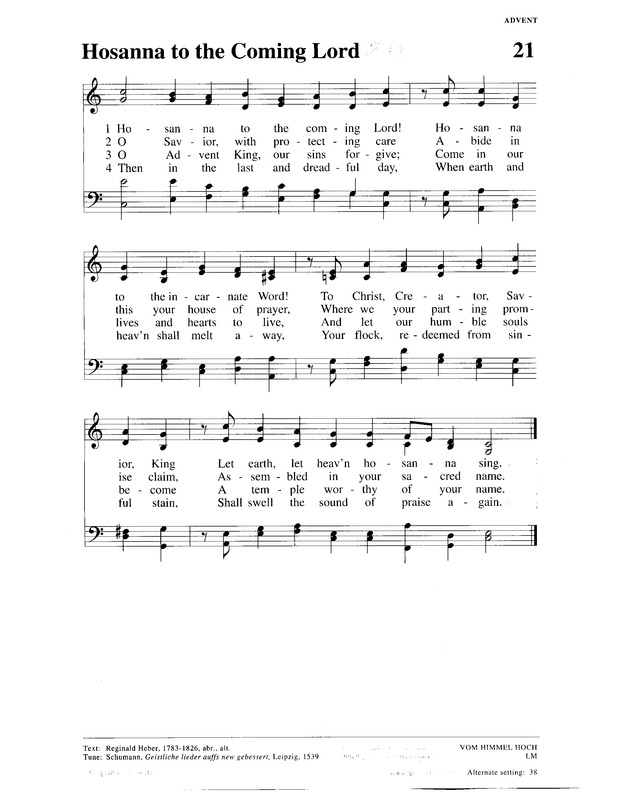